Order books for the three-door Defender 90 have officially opened today, following the successful launch of the pricier – and slightly larger – 110 variant at the end of last year and a ‘record’ level of interest online.

The first five-door Defender 110 models are due to be delivered to customers from spring, while orders for the smaller short-wheelbase Defender 90 are due to be arrive from the summer. 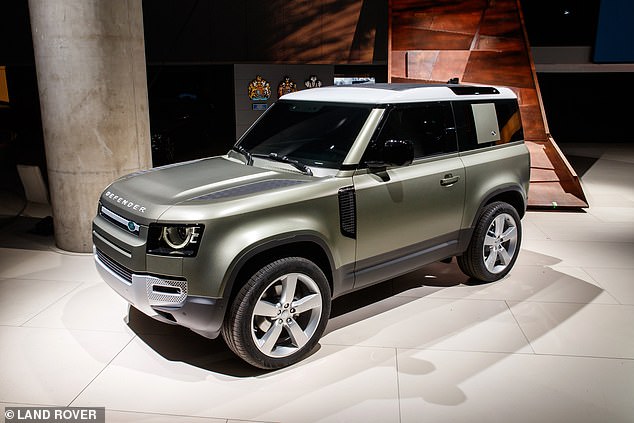 The cheapest Defender: Land Rover has confirmed the three-door Defender 90 will cost from £40,290

Since its world premiere at the Frankfurt Motor Show in September 2019, Land Rover claims to have experienced ‘unprecedented demand’ for the new offroader.

More than 1.21million people have configured a vehicle on its dedicated website.

This is a new record for Land Rover, it states, though it has no reflection on the volume of orders so far placed.

The new Defender is being built in Slovakia. The old-style Defender, which ended production in Solihull in January 2016, started from around £23,100 – some £17,000 cheaper than the new version.

Of those interested enough in the Defender to virtually build their own online, over half chose one of the four – relatively expensive – accessory packs.

The cheapest of these is the urban pack, which costs £517 and consists of different metal pedals, a rear scuff plate, cover for the spare wheel and a front protection undershield.

The most expensive addition is the explore pack, setting customers back a substantial £3,416. 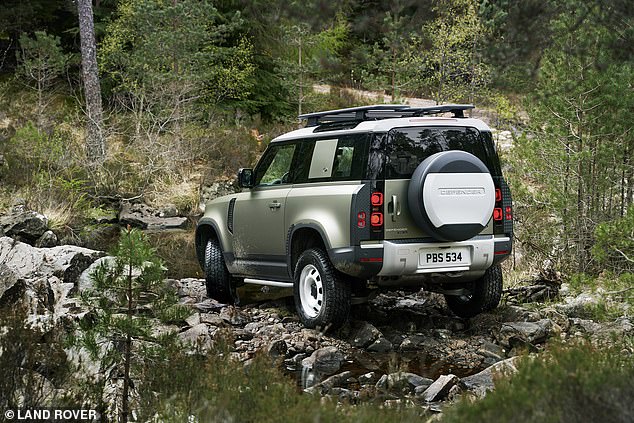 Order books for the 3-door Defender 90 have opened today. The 5-door Defender 110 has been available to order since the end of last year 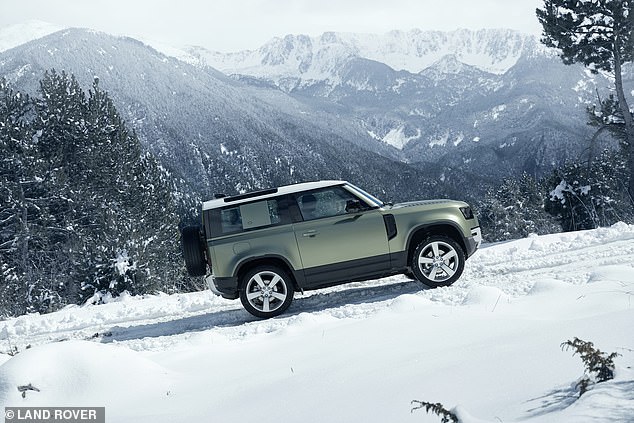 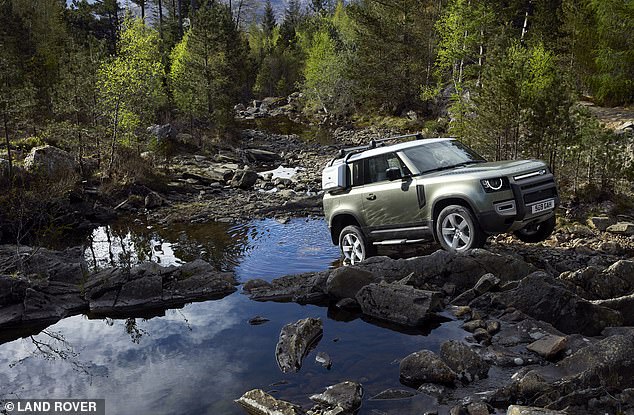 More than 1.21 million people have configured a vehicle on its dedicated website

Land Rover says, based on current orders for the longer wheelbase Defender 110, the Urban pack has been the most popular choice, selected in more than a third of the configurations that included an accessory pack, followed closely by the priciest explorer pack.

Finbar McFall, global product marketing director at the British car brand, said: ‘We have experienced unprecedented demand for new Defender 110 and the official introduction of Defender 90 is sure to boost interest.

‘If our experience with the Defender 110 is anything to go by, we can expect over half of customers to opt for one of the four accessory packs, making new Defender the most accessorised and personalised Land Rover we have ever produced.’ 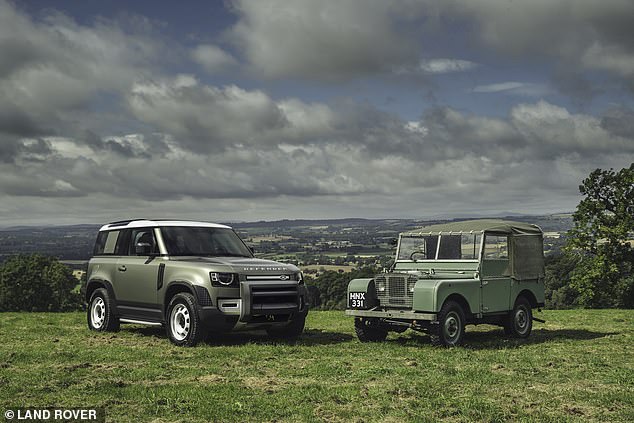 Of those interested enough in the Defender to virtually build their own online, over half chose one of the four – relatively expensive – accessory packs 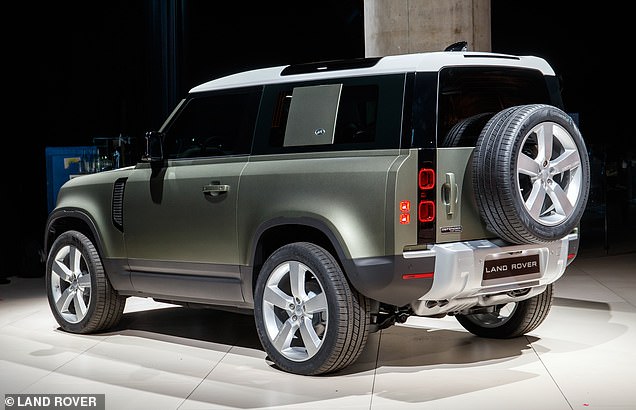 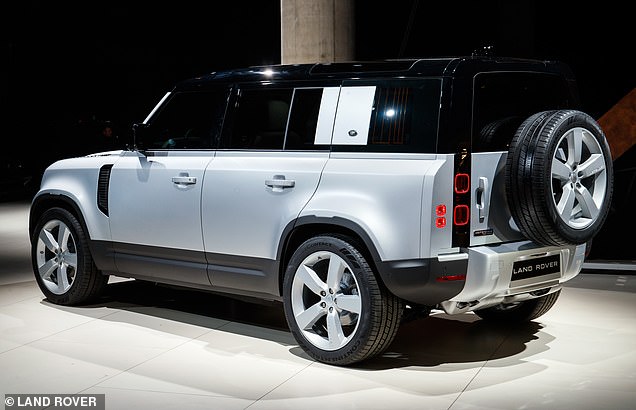 The most popular accessory pack for the Defender 90 (left) is the cheapest – the Urban pack, costing £517 (pictured left). This sliding image shows the difference between the smaller Defender 90 and the 5-door Defender 110 (right), priced from £45,240 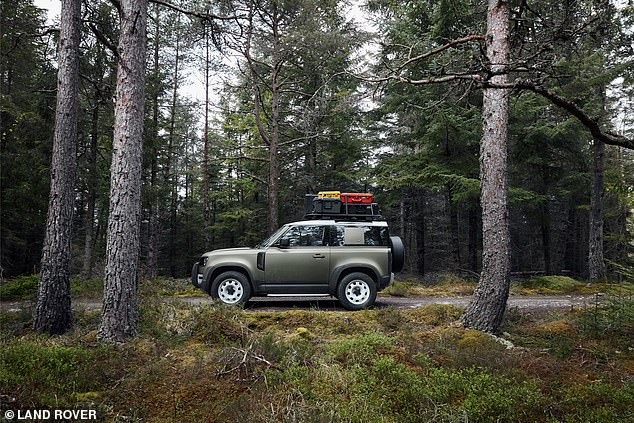 The second most popular accessory pack, according to Land Rover, is the most expensive – the Explore pack, setting customers back a substantial £3,416 and includes a roof rack, an exterior side-mounted gear carrier, raised air intake, wheel arch protectors, classic mudflaps and a different bonnet decal

Plug-in hybrid variants have also been promised, though no prices have been announced as yet.

It will also cost less than the new range of ‘practical’ commercial derivatives that have yet to be unveiled in full.

‘As the family grows to include an efficient plug-in hybrid powertrain and commercial derivatives later this year, we look forward to continuing this success,’ Finbar McFall added.

SAVE MONEY ON MOTORING