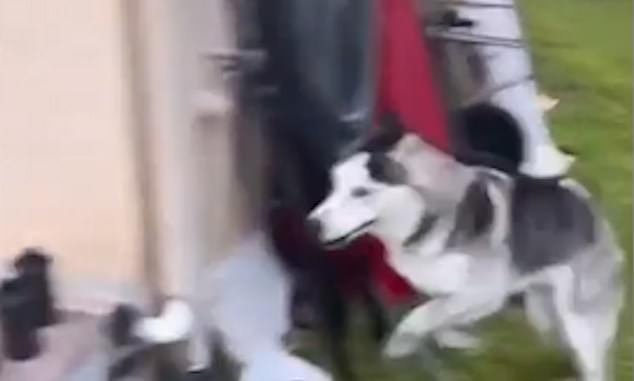 By Kate Dennett For Mailonline


This is the hilarious moment an energetic husky failed to brake in time as they ran across slippery pool decking and vanished over the edge.

Bolarinwa Fakanbi, 23, from Florida, was at Boynton Beach with his two-year-old husky Kash when the dog started running up and down the the yard of the waterside property.

Video footage shows Kash sprinting down the side of the home and leaping on to the pool decking, in a fit of the ‘zoomies’.

Two-year-old husky Kash leaps up onto the decking at the waterside property in Boynton Beach, Florida 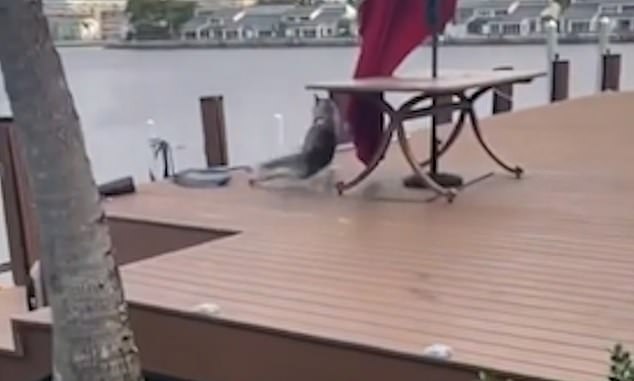 The dog, owned by Bolarinwa Fakanbi, 23, watched as the dog was unable to stop on the wooden decking and slipped over

But in the clip, uploaded to TikTok earlier this month, the unlucky pooch misjudges his speed and is unable to slow down on the slippery wooden decking.

Kash goes flying straight across the decking and desperately attempts to cling on before he disappears straight over the edge.

At first, it appears poor Kash has completely disappeared into the water below, but he reappears and trots up the steps from the concealed decking below, seemingly unfazed by the fall.

Speaking about the hilarious clip, model Bolarinwa said: ‘He’s always like this, running around everywhere and full of energy.

‘Everyone loved it, I was amazed how viral it went.’ 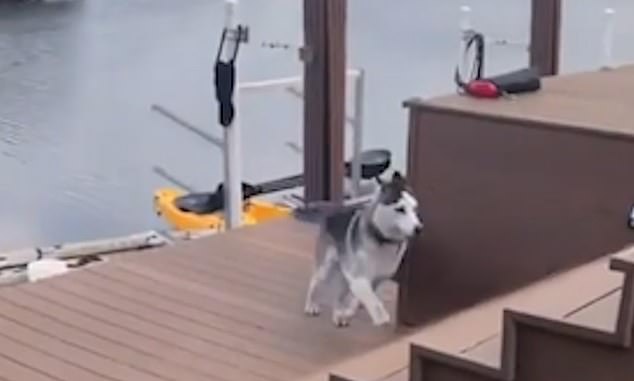 In the amusing footage, Kash goes flying straight across the decking and disappears straight over the edge. He then reappears uninjured on the concealed lower decking

Amused viewers flocked to comment on the video, which was viewed more than six million times on TikTok, saying they were relieved to see Kash didn’t take a plunge into the water.

One viewer wrote: ‘Bet he won’t do that again.’

Another commented: ‘He ran back up those stairs like “I don’t want to talk about it”.’

A third quipped: ‘I was waiting for the splash at first.’

And a fourth said: ‘His life flashed right before his eyes before he realised there was another platform.’

While a fifth penned: ‘Whoa! He scared me. I thought he fell into the water. Until I finished watching the video.’