Apple’s upcoming super-cheap iPhone SE2 could be delayed by up to SIX WEEKS after coronavirus disruption, analyst claims

Coronavirus could force Apple to delay the announcement of its hotly anticipated ultra-cheap iPhone SE 2.

The virus forced many major manufacturing plants to shut in China and other nations in south-east Asia.

Coronavirus, or COVID-19, has claimed the lives of 2,771 people and infected more than 81,000. The majority have been in China. 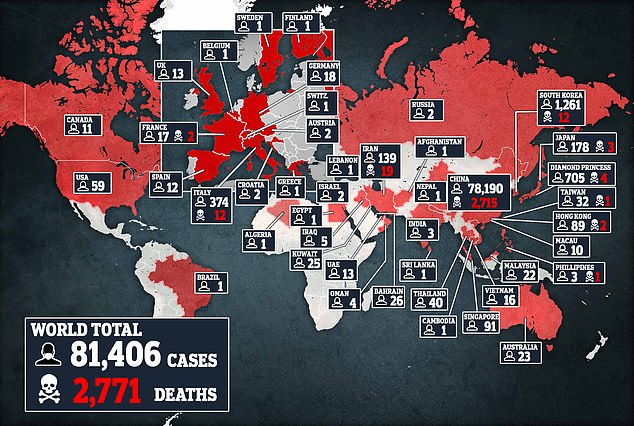 Coronavirus, or COVID-19, has claimed the lives of 2,771 people and infected more than 81,000. The majority have been in China

The phone is predicted to cost around $399/£399 and experts are circling March 31 as the likely launch date.

But many companies, including chip manufacturing giant Foxconn, was forced to smartphones for Apple, has halted ‘almost all’ of its production in China.

But Dan Ives an expert analyst at Wedbush Securities, told The Sun he expects significant delays.

He said: ‘The timing likely pushes out 4-6 weeks from the anticipated March launch date due to the damaged supply chain.’ 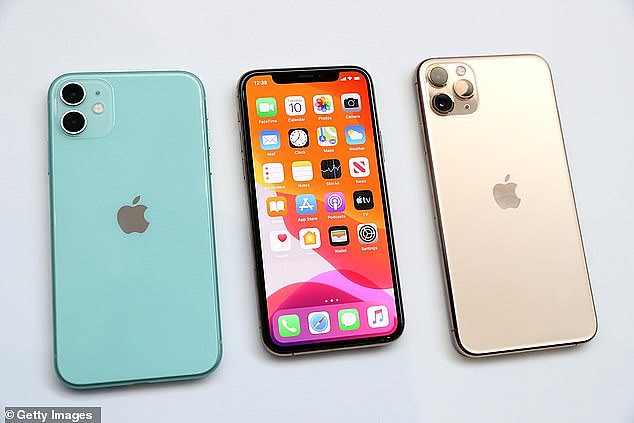 The phone is predicted to cost around $399/£399 and experts are circling March 31 as the likely launch date. But Dan Ives an expert analyst at Wedbush Securities, told The Sun he expects significant delays 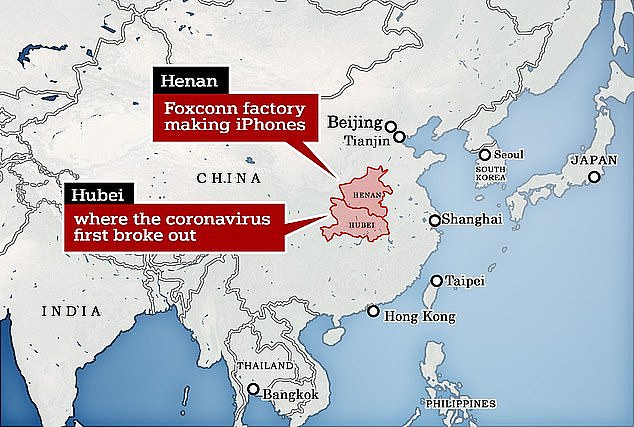 Chinese factories were forced to shut down for several weeks after COVID-19 spread. it originated in Wuhan in the Hubei province. 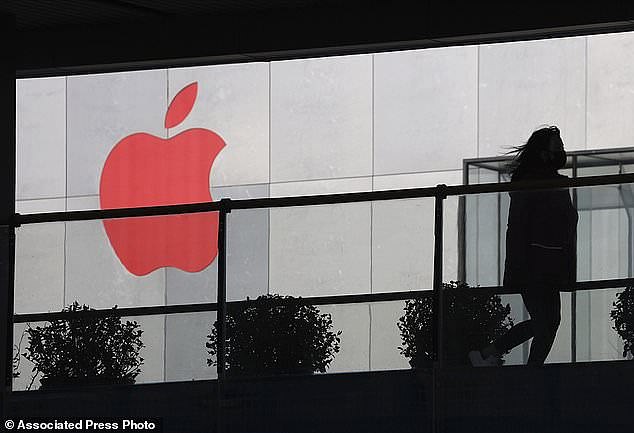 CORONAVIRUS: WHAT WE KNOW SO FAR

What is this virus?

The SARS-CoV-2 virus has been identified as a new type of coronavirus. Coronaviruses are a large family of pathogens, most of which cause mild lung infections such as the common cold.

But coronaviruses can also be deadly. SARS, or severe acute respiratory syndrome, is caused by a coronavirus and killed hundreds of people in China and Hong Kong in the early 2000s.

Can the Wuhan coronavirus kill?

Yes – almost 3,000 people have so far died after testing positive for the virus.

What are the symptoms?

The infection which the virus causes has been named COVID-19. Some people who catch it may not have any symptoms at all, or only very mild ones like a sore throat or a headache.

Others may suffer from a fever, cough or trouble breathing.

And a small proportion of patients will go on to develop severe infection which can damage the lungs or cause pneumonia, a life-threatening condition which causes swelling and fluid build-up in the lungs.

How is it detected?

The virus’s genetic sequencing was released by scientists in China and countries around the world have used this to create lab tests, which must be carried out to confirm an infection.

Delays to these tests, to test results and to people getting to hospitals in China, mean the number of confirmed cases is expected to be just a fraction of the true scale of the outbreak.

How did it start and spread?

The first cases identified were among people connected to the Huanan Seafood Wholesale Market in Wuhan.

Cases have since been identified around China and are known to have spread from person to person.

What are countries doing to prevent the spread?

Countries all over the world have banned foreign travellers from crossing their borders if they have been to China within the past two weeks. Many airlines have cancelled or drastically reduced flights to and from mainland China.

Is it similar to anything we’ve ever seen before?

Experts have compared it to the 2003 outbreak of severe acute respiratory syndrome (SARS). The epidemic started in southern China and killed more than 700 people in mainland China, Hong Kong and elsewhere.

An inside source told Reuters: ‘There is no face-to-face work being done. And the word is, that’s probably not going to change for another month at best.

‘You’re really talking about two lost months, which in the consumer electronics cycle is huge.’

It comes as factories, businesses and shops across mainland China that manufacture iPhone parts remain closed to prevent the spread of the infection.

Chinese factories were forced to shut down for several weeks after COVID-19 spread. it originated in Wuhan in the Hubei province.

Apple CEO Tim Cook told analysts in January the company’s supply chain was being affected by the outbreak.

Mr Cook said the company was seeking ways to minimise supply disruptions despite some of its suppliers being in Hubei.

Most of Apple´s iPhones and other devices are made in China.

The outbreak of coronavirus, which the World Health Organization has declared a global health emergency, threatens to disrupt swathes of Chinese manufacturing.

Much of industrial China remains on lockdown for the next few weeks and retail experts predicts Chinese factories would need to start ramping up production by March 15 in order to meet deadlines for summer goods.

If Chinese factories were instead to remain idle through May 1, it would likely cripple retailers´ crucial back-to-school and fall seasons.

‘There´s complete uncertainty,’ said Steve Pasierb, CEO of the Toy Industry Association. ‘This could be huge if it goes on for months.´´

Wuhan, the Chinese city where the outbreak hit hardest, is a centre of automotive production.

It´s been closed off, along with neighbouring cities, isolating more than 50 million people and bringing factories to a standstill.

The partial shutdown of Wuhan has already harmed the production of TV display panels and raised prices, according to a report by research group IHS Markit.

The city has five factories making LCDs, and organic OLEDs,both of which are used for television and laptop monitors.

China accounts for more than half of the global production of these display panels.