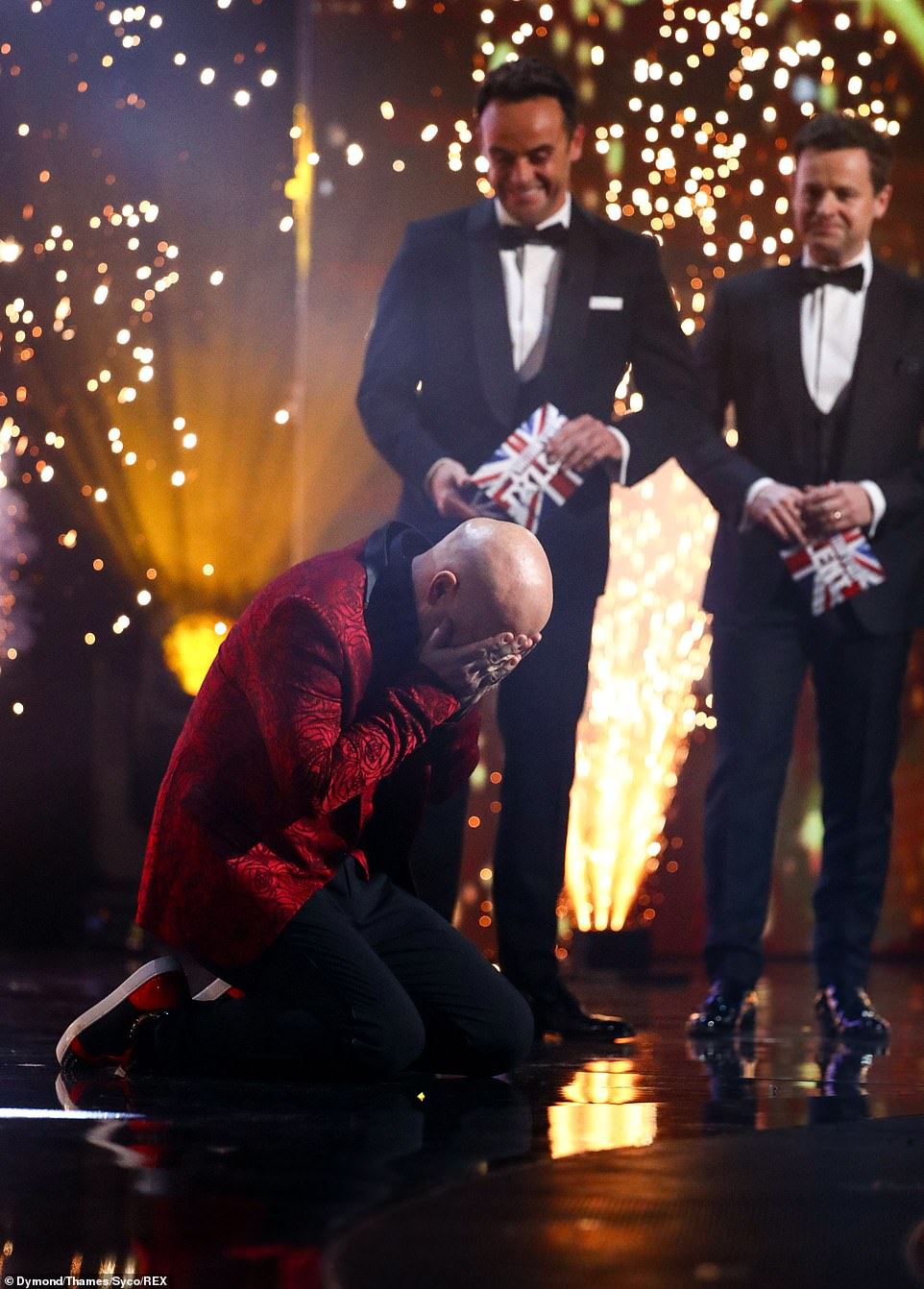 Musical comic Jon Courtenay has become the first ever Golden Buzzer act to win Britain’s Got Talent. Ant & Dec announced that he had won the 2020 series on Saturday night, leaving the family man, 46, declaring ‘please don’t ask me to speak!’ when questioned on how he was feeling. Jon beat runners up Sign Along With … Read more

Amanda Holden has revealed why prompted her to press her Golden Buzzer on Saturday night’s edition of Britain’s Got Talent. The TV judge, 49, chose mother/daughter act Sammy and Honey to sail straight through to the live finals, after being moved by their touching story. She told MailOnline: ‘Sammy and Honey were just so lovely! … Read more

Britain’s Got Talent returned once more on Saturday night with another 10 acts hoping to win over the judges and the studio audience. And the latest show proved to be an emotional one as judge Amanda Holden was left in tears over a mum and daughter singing duo, with the pair performing following the mum’s … Read more

Ant McPartlin and Declan Donnelly awarded their Golden Buzzer to comedy singer Jon Courtenay during Saturday’s Britain’s Got Talent. Following an emotional audition which saw him pay tribute to his two sons, the Manchester performer earned a place in the live semi-finals. The second week of auditions came as Dec also wowed the audience by completing … Read more

The first episode of the new series of Britain’s Got Talent kicked off on Saturday night and it’s fair to say it was an emotional one.  Ten acts took to the stage in the hopes of impressing the judges but it was choir Sign Along With Us that came out on top as they left Amanda … Read more