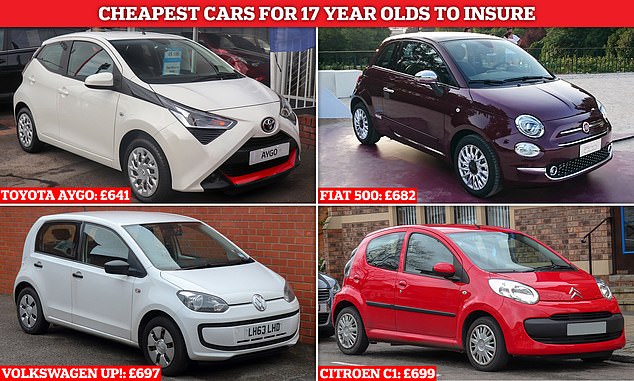 Toyota Aygos are the cheapest car for 17-year-old motorists to insure, new research has revealed.

Young motorists driving this model will only pay an average of £641 a year, according to data from Admiral, which looked at the cheapest cars for teenagers to insure in the UK.

Getting the best deal possible is important for young drivers as car insurance for their age group is typically very high with many paying into the thousands just to get on the road.

However, depending on the make and model of the vehicle, motorists can significantly lower their premiums.

Toyota Aygo’s are the cheapest car for 17-year-olds to insure at £641 a year, Admiral data shows

Drivers – especially young ones – are encouraged to shop around for their insurance to see if they could save by moving providers.

Often having a telematics or ‘black box’ fitted can help them save as they will be monitored on how well they drive with safer drivers rewarded with lower premiums.

Clare Egan, head of motor product at Admiral, said: ‘With driving lessons back in full swing and the backlog for practical driving tests starting to decrease, more young drivers could be close to getting their full driving licence.

‘For many 17-year-olds it can be expensive to get on the road, with several costs to consider. As well as paying out for a car, new drivers also have to think about the price of fuel, car insurance, vehicle tax and servicing – so it all adds up.

‘Young drivers tend to pay more for their insurance because unfortunately they’re statistically a higher risk. They’re more likely to have an accident than older drivers and the accidents they have are more expensive.

‘Car insurance for young drivers doesn’t come cheap but shopping around can help them find the best deal.’

To help young drivers save on their insurance, Admiral calculated the top 10 cars which are the cheapest to insure, based on its own data from the first quarter of this year… 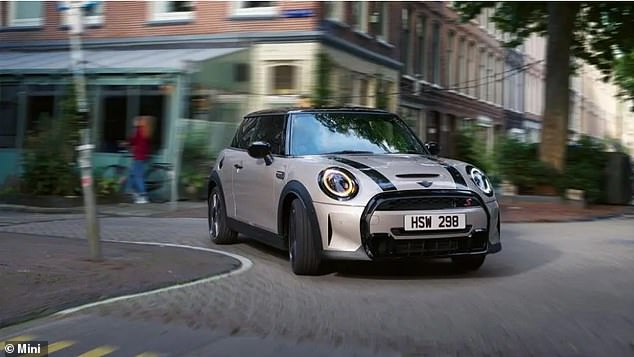 Mini Coopers will cost 17-year-olds an average of £941 to insure each year, new data reveals

The Mini Cooper sneaks into the top ten list with young motorists paying an average of £941 to insure the car.

Whilst not one of the cheapest models, the latest versions of the small motor is available in three or five door options. Having been around since 2001 (in BMW-owned guise), there are plenty on the used market. 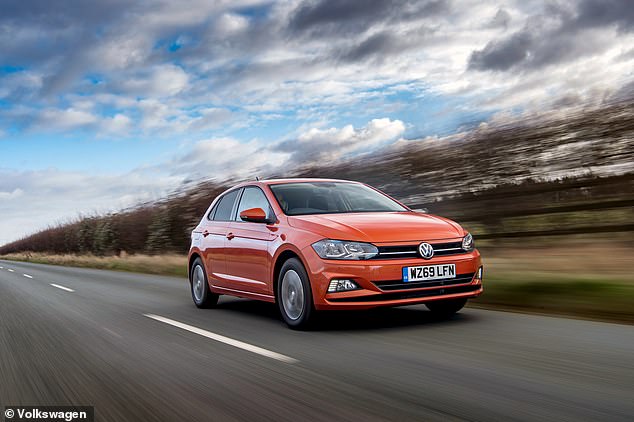 The Polo, despite having a premium badge, is an affordable option for a new driver

The small German made Volkswagen Polo is also one of the cheapest cars to insure for 17-year-olds at £849 a year.

Depending on your needs, there are a number of models to suit, ranging in price and optional extras. Available on the market now for over 40 years, the small car is reliable and a good choice for those looking for an affordable first motor. 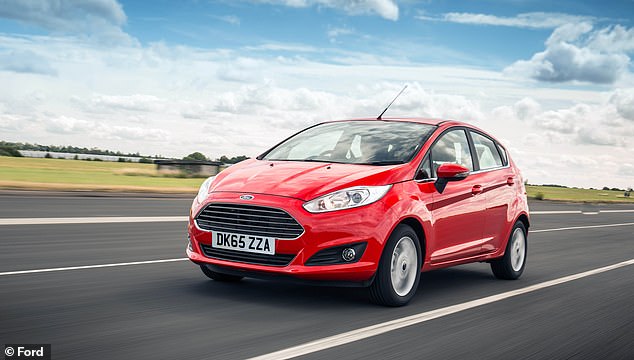 Ford Fiestas, the UK’s most popular car, can be insured for an average of £842 per year for 17-year-olds

The Ford Fiesta, which is also available with three or five doors, costs an average of £842 to insure for young drivers.

A very popular car, there are a range of models including Fiesta Trend, Titanium, Active and Vignale Edition. The Fiesta, which has been manufactured since 1976 and has been the nation’s most-bought new car for 12 years straight. 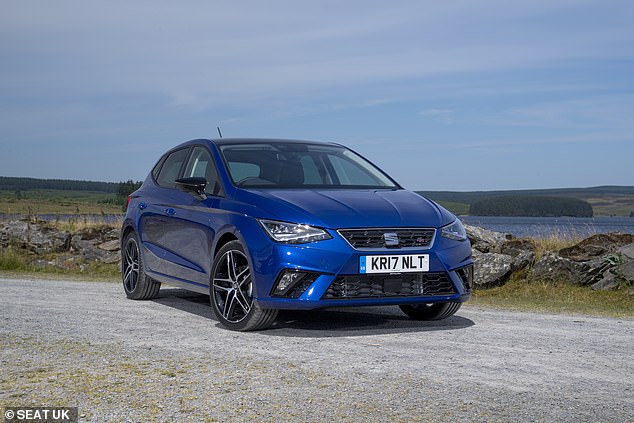 The Ibiza is Seat’s supermini offering. The average premium for a 17-year-old Ibiza is £824

Seventh in the list, Seat Ibiza will cost 17-year-old drivers on average £824 a year to insure.

The Spanish made car is one of Seat’s top sellers with three or five door options.

There are also a number of models to choose from including Seat Ibiza FR, Ibiza SE Technology and Ibiza Xcellence. 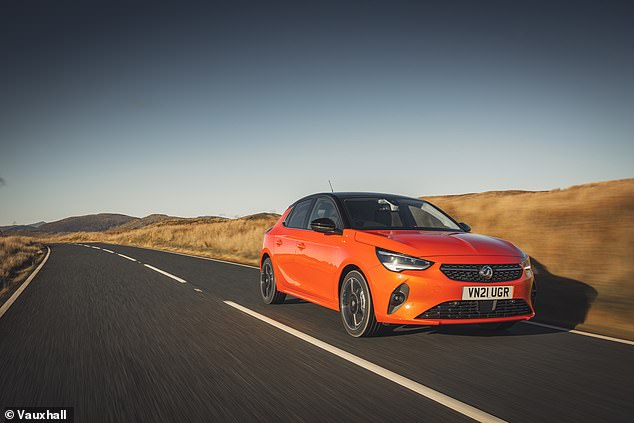 The Corsa is another super popular model in the UK. In fact, it’s the best seller so far in 2021. Young drivers will benefit from affordable insurance costs

Another small car, the Vauxhall Corsa has been a favourite of drivers for generations with it now available in an electric option.

Teenage drivers will also like the car for its relatively low insurance cost of £808 a year. 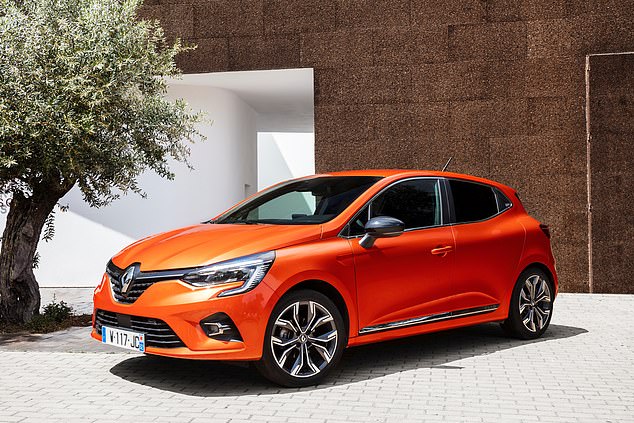 Popular: The French model, Renault Clio, launched in 1990 and is now in its fifth generation

The French model, Renault Clio, launched in 1990 and is now in its fifth generation.

For 17-year-olds driving a Clio, they will only have to pay an average of £741 each year to insure the car.

It is now available in a hybrid form and newer models come with features, such as electronic stability control, anti-lock brakes and emergency braking assistance. 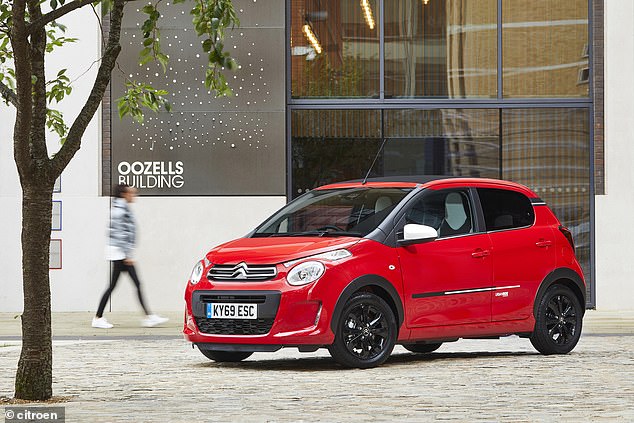 The French city car, which has been produced since 2005, is popular with younger drivers due to the low running costs and dinky dimensions, which make it easy to manoeuvre.

The cars are available in four-seater, three-door or five-door hatchbacks with drivers able to choose from a  1.0-litre or a 1.2-litre engine. 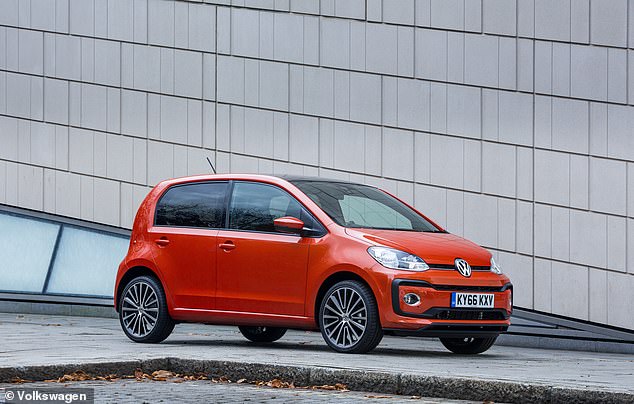 The Up! is Volkswagen’s smallest model on sale. Average costs for annual insurance for a 17-year-old is £697

The Volkswagen Up!, which has previously been named as the car with the lowest first year car insurance costs, is in the top three vehicles with the cheapest insurance.

The small car is also now available in a battery electric version, called the e-Up!. 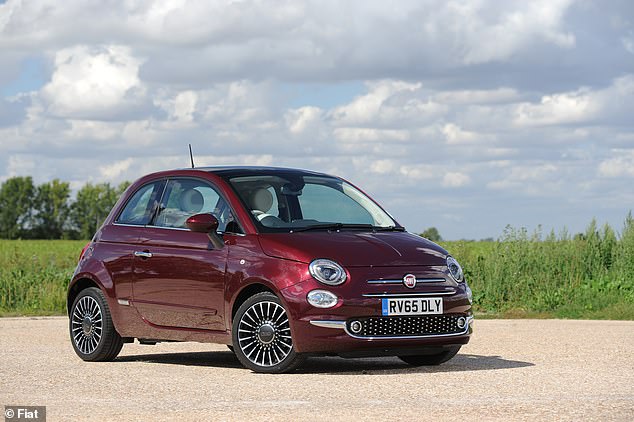 Fiat 500’s are one of the most popular cars for young drivers with the Italian model insurable for £682 for 17-year-old motorists.

The compact car is also now available as an electric model with Autonomous Driving, where the vehicle is able to accelerate, brake and stay within the lane autonomously. However, the affordable premiums are solely for the petrol-engined models, which remain on sale alongside the EV. 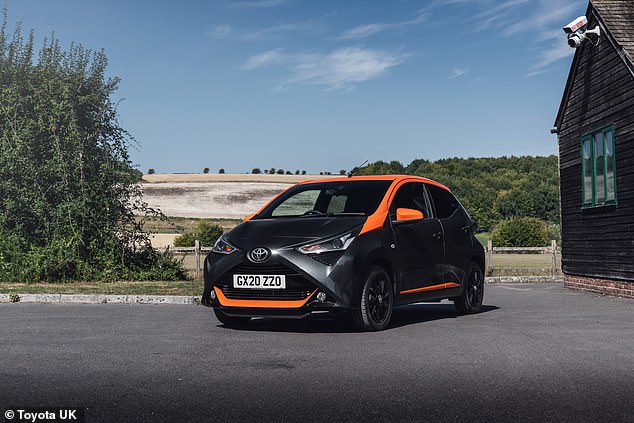 Taking the top spot, the Toyota Aygo has been named as the cheapest car for 17-year-olds to insure at a cost of £641.

The city car, which was first manufactured in 2005, was made alongside Citroen C1’s and Peugeot 107/108 in a joint venture factory built in the Czech Republic by Toyota and the PSA Group.

With a small engine and affordable pricing, it is a popular purchase for many.

SAVE MONEY ON MOTORING