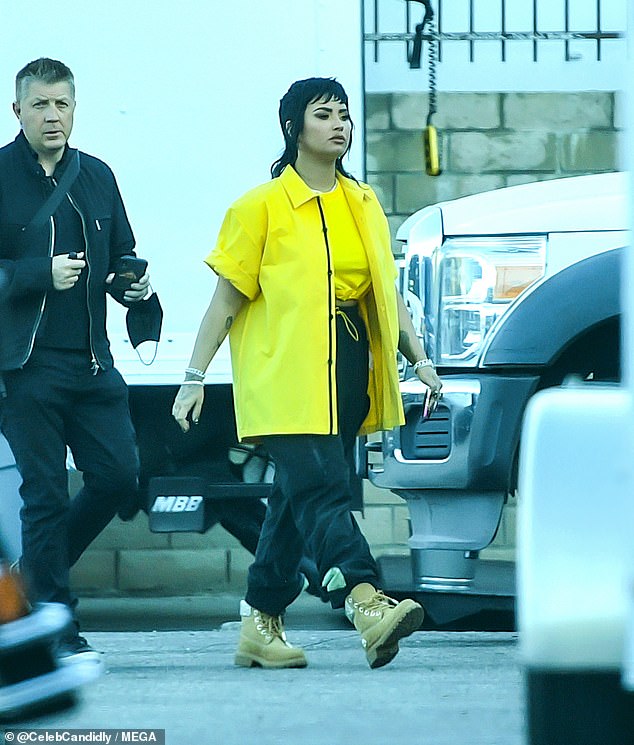 By Caitlyn Becker For Dailymail.com

Demi Lovato has been having fun playing around with their look these days.

The 28-year-old superstar recently traded in the raven colored pixie cut they had been rocking as of late and took a page out of the Miley Cyrus playbook with a dramatic new mullet.

It was business in the front and party in the back as Lovato was spotted on the set of her new music video with rapper G-Eazy in Los Angeles on Wednesday.

New look: Demi Lovato rocked a dramatic new mullet on the set of her new music video with G-Eazy in Los Angeles on Wednesday

Demi and G-Eazy (Gerald Earl Gillum) were seen heading to the set of a music video this week for an unreleased song that the pair of stars have collaborated on.

Their hair, however, was the statement piece as Demi is now rocking a long wavy mullet that cascades down to the mid-back.

A lover of glam, Demi’s face was fully made up with dramatic eye-shadow in blacks and yellows to match their ensemble. 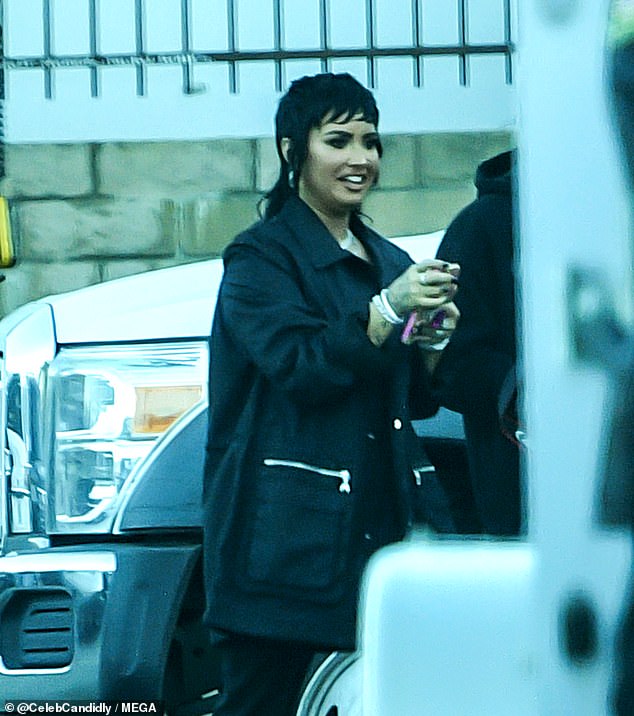 Hair do: Demi’s new hairdo made a statement as they are now rocking a long wavy mullet that cascades down to the mid-back