CT scans may be faster than nasal and throat swabs at diagnosing coronavirus, a new study suggests.

Doctors from The Mount Sinai Health System in New York were the first in the US to analyze lung scans of patients in China with the highly contagious disease.

They said they were able to identify specific patterns in the lungs as markers of the virus, also known as COVID-19, as it developed over the course of about two weeks

The researchers say these quicker diagnoses could help keep patients isolated in early stages of the disease, perhaps even before symptoms appear and when it may not show up on other scans such as chest X-rays. 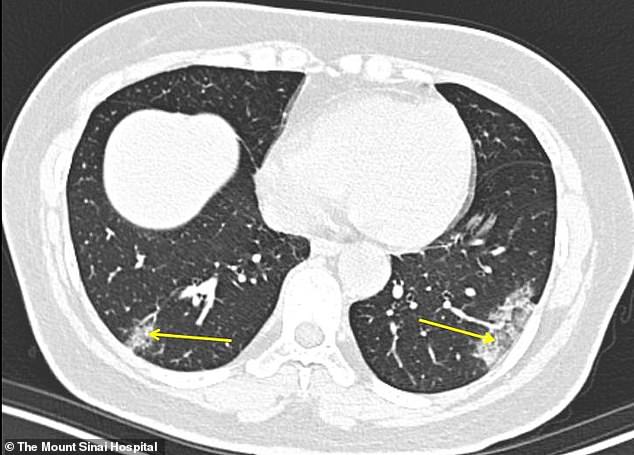 Researchers have found hazy findings in the lungs that are markers of coronavirus and not typical of other lung diseases. Pictured: Scan 15-year old who had traveled to Wuhan. CT scan taken three days after symptoms occurred and arrows point to markers of virus 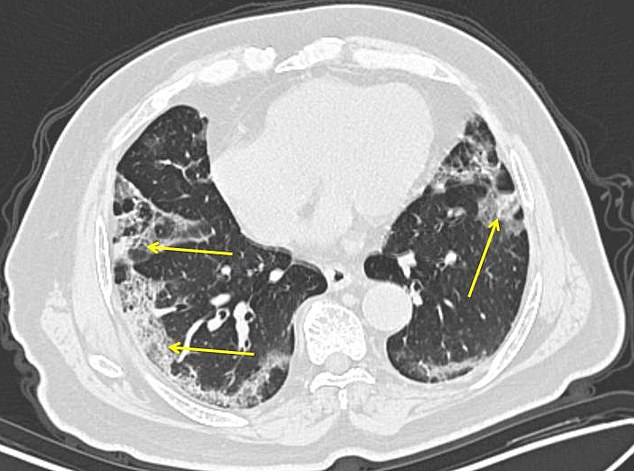 The hazy lesions (pointed to) are round in shape and on the perimeter of the lungs. Pictured: Scan of 65-year-old who traveled to Wuhan. Scan was taken 11 days after onset of symptoms

‘CT scans are an extremely powerful diagnostic tool, because you can seen the inner organs in a three-dimensional way,’ lead author Dr Adam Bernheim, an assistant professor of diagnostic, molecular and interventional radiology at the Icahn School of Medicine at Mount Sinai, told DailyMail.com.

‘And you can see the manifestation of many diseases.’

For the study, published in the journal Radiology, the team analyzed scans of 94 patients at four medical centers in four Chinese provinces.

The patients had been admitted between January 18 and February 2, and all had either recently traveled to Wuhan – the epicenter of an outbreak – or had come into contact with an infected person.

Radiologists reviewed the scan and took notes based on when symptoms first appeared and when the CT scan was performed.

Thirty-six patients received scans zero to two days after reporting symptoms and more than half showed no evidence of lung disease.

The team says this is important because it suggests that CT scans cannot reliably detect coronavirus in its very earliest stages.

CDC’s test can identify patients even before patients become symptomatic, although some may still have the virus if they first test negative. Its results, however, may take days to get back from the agency’s labs.

But 33 patients who received scans three to five days after symptoms developed had patterns of ‘ground glass opacities,’ or haziness in the lungs.

‘The lung abnormalities are very round in shape and affect the perimeter of the lung,’ co-author Dr Michael Chung, an assistant professor of diagnostic, molecular and interventional radiology at the Icahn School of Medicine at Mount Sinai, told DailyMail.com.

The 25 patients who underwent CT scans between six and 12 days after first reporting symptoms had conclusive evidence of lung disease.

Both SARS and MERS are cousins of the new coronavirus.

More than 82,000 people worldwide have been infected and more than 2,800 people have died. 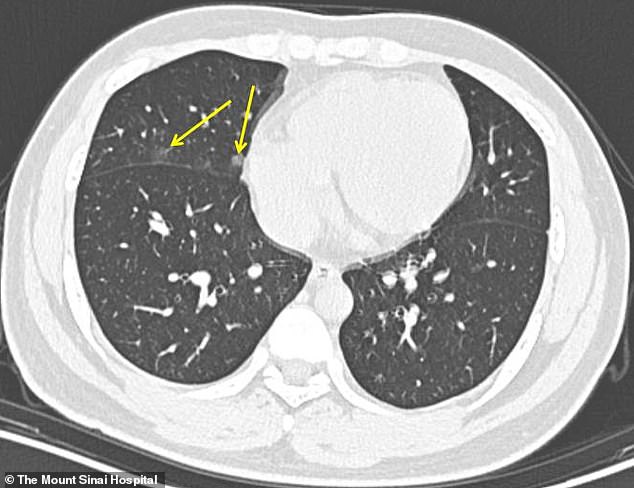 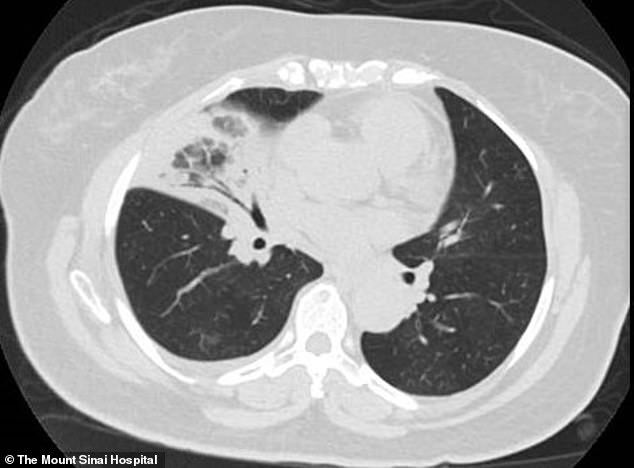 More than 82,000 people worldwide have been infected with coronavirus and more than 2,800 people have died

As the virus has spread from China to nearly 50 other countries, health experts have been scrambling to find a way to quickly and accurately diagnose patients.

The team says it wants CT scans to be used in conjunction tests kits from the Centers for Disease Control and Prevention, bu they might inform radiologists that a patient as coronavirus before test kit results return.

They add that CT scan images allow radiologists to see disease int he lungs much more clearly than a chest X-ray.

Much of this depends on insurance, where the scan is performed and whether the hospital and/or radiologist is in-network or out-of-network.

Dr Bernheim and Dr Chung, however, say that these scans are ‘relatively inexpensive’ in America and that there is a wide range to how they’re performed.

They also added that there is a ‘risk benefit’ to these scans, meaning the risk of an action (a scan that costs thousands of dollars) may not outweigh the potential benefits (diagnosing someone with coronavirus).

In spite of this, they say the study’s findings may allow hospital to conclusively confirm or rule out coronavirus based on CT scan images.

‘We need to focus on prompt diagnosis and CT scans are going to play a huge role in that,’ Dr Chung said.

‘The radiologists that are informed about what coronavirus looks like in the lungs, the better.’

Dr Bernheim added: ‘Prompt diagnosis is so important for prompt treatment and, from a public health perspective, putting people in isolation quickly.’