Taylor Swift transformed into a man as she made her solo directorial debut with a music video for her new feminist empowerment track, The Man.

Released on Thursday, the chart-topping singer, 30, ditched her signature blonde locks and bold red lipstick in favour of a short wig, facial hair and prosthetics as she channeled opposite gender.

Featuring a series of hidden messages, The Man details the impact of sexism within the industry, as the musician’s character appears to take inspiration from Leonardo DiCaprio by living it up with bikini-clad women on a yacht, while also throwing shade at her nemesis, music manager Scooter Braun. 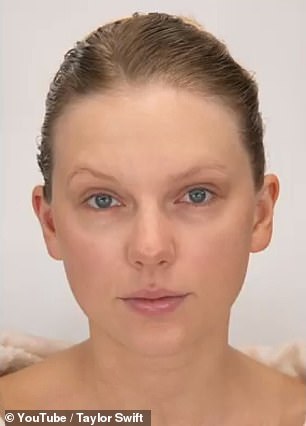 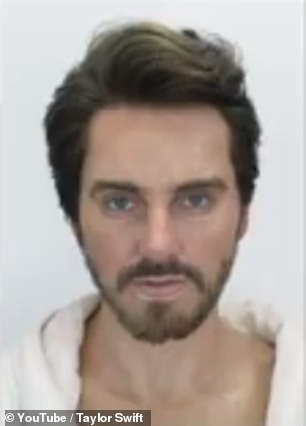 What a difference! Taylor Swift transformed into a man as she made her solo directorial debut with a music video for her new feminist empowerment track, The Man

The video kicks off with a bang as the artist channels a fiery male boss who shouts orders to his colleagues, but still manages to receive praise.

Subverting New York’s transport rules, the character boldly smokes a cigar on the Subway while pushing into other travellers to read his newspaper.

The media personality hints at her struggle of being a woman in the public eye as the man urinates on a wall – which is graffitied with the names of all her six albums.

Taylor also appears to poke fun at her feud with Scooter, 38 – who she claims released her studio albums and took ownership of her masters in a $300million deal without her knowledge – as the wall features a ‘no scooters’ sign. 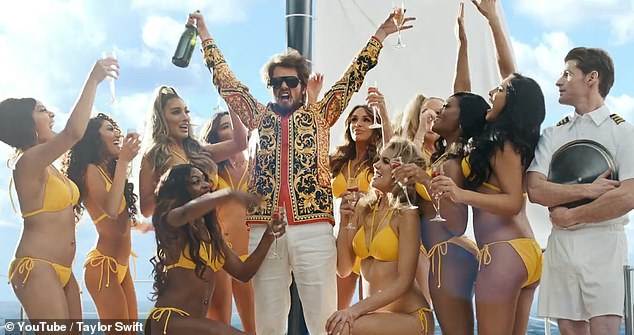 ‘I’d be just like Leo, in Saint-Tropez’: The Man details the impact of sexism within the industry, as the musician’s character appears to take inspiration from Leonardo DiCaprio by living it up with bikini-clad women on a yacht 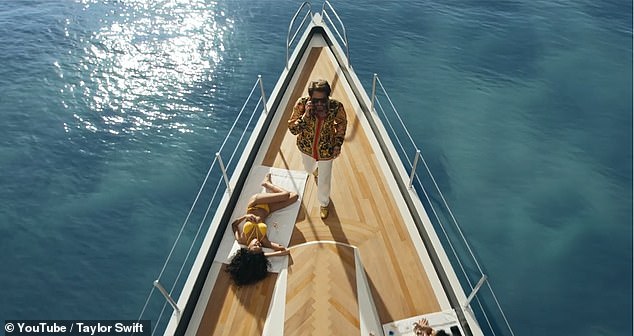 ‘Let the players play’: The hitmaker sends up screen star Leonardo, 45, as the leading man pops champagne with models on a yacht 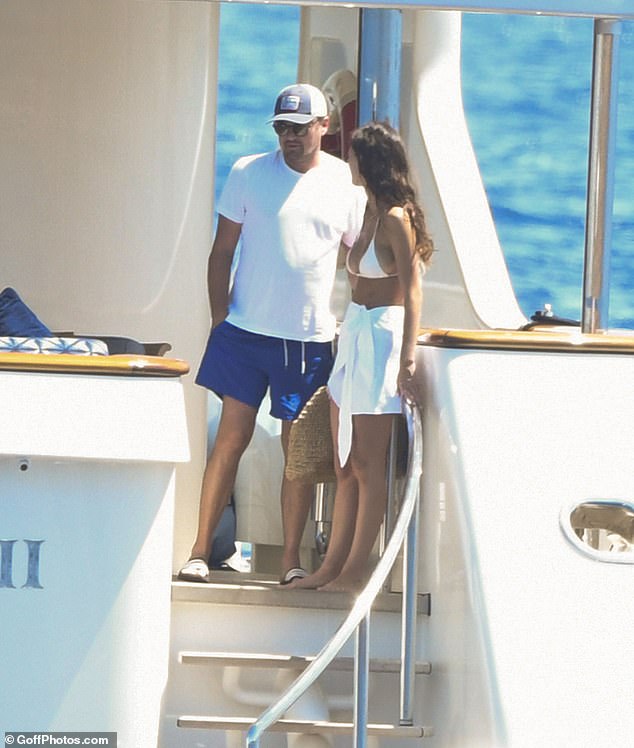 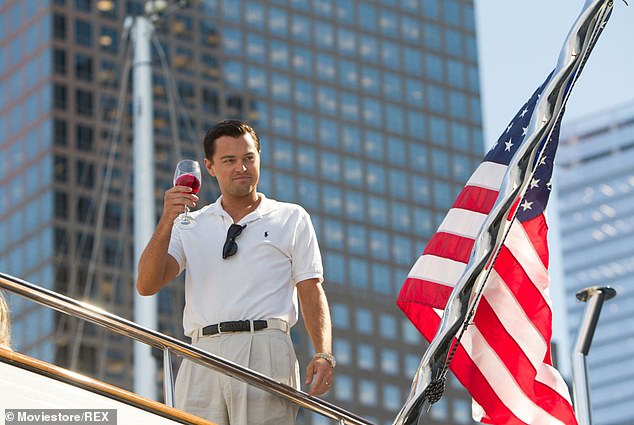 Elsewhere in the video, the hitmaker sends up screen star Leonardo, 45, who is currently dating Camila Morrone, 22, as the leading man pops champagne with models on a yacht.

Not holding back, she sings: ‘And we would toast to me, oh, let the players play. I’d be just like Leo, in Saint-Tropez .’

Waking up next to a naked woman, the star walks out of his bedroom – which boasts a portrait of himself – before running by 19 colorfully painted arms in a white hallway – striking up an uncanny resemblance to Kim Kardashian and Kanye West’s minimalist mansion.

The songstress has been locked in a long feud with showbiz couple Kim, 39, and Kanye, 42, ever since the rapper interrupted her Best Female Speech to insist Beyoncé deserved the prize instead at the 2009 MTV Video Music Awards.

The arrogant character is later awarded with the World’s Best Dad award, despite ignoring his daughter during a trip to the park.

During a tennis match for a women’s charity, the man launches a fierce attack at the game’s umpire, but is surprisingly allowed to continue without warning.

Taylor seemingly took inspiration from Serena Williams’ US Open 2018 game against Naomi Osaka, where she was slammed for putting on a frustrated display and accusing the umpire of being a ‘thief’.

Flash-forwarding to his later years, The Man is shown as an pensioner, who ties the knot to a younger woman.

Wrapping up the music video, Taylor takes to the director’s chair as she feeds back to The Man, voiced by Dwayne ‘The Rock’ Johnson.

‘Hey just checking, was that last scene what you had in mind?’, the character asks the Shake It Off hitmaker.

The music icon demands, ‘Maybe try to be sexier, more likable’, before favouring his female co-star by gushing: ‘By the way, excellent work over there Lauren, that was astonishing’.

Fans flocked to Twitter with their theories about Taylor’s new video, ranging from the Kanye reference to her playful spin on Leonardo.

One wrote: ‘I am pretty sure these are about Kanye on his Famous Music Video, claiming that he made Taylor FAMOUS. #TheManMusicVideo.

‘I think this scence was about Kanye. On Kanye’s Famous MV a girl who looks exactly like Tay was beside him. And on its lyrics Kanye was claiming that he made Taylor famous. That’s why there’s a girl in bed and he’s touching those hands like popular people do. #TheManMusicVideo.’ [sic]