By Kumail Jaffer For The Daily Mail

The Samaritans has dropped its incoming chief executive over claims bullied staff at his former charity were forced to sign non-disclosure agreements.

Jeremy Hughes will no longer head the suicide prevention charity after an investigation exposed alleged payments of up to £750,000 to Alzheimer’s Society staff silenced by non-disclosure agreements (NDAs).

Two former employees came forward on Monday to ask that Mr Hughes, who was due to start in May, be refused his new post.

It was alleged he presided over a toxic culture at the Alzheimer’s Society – where he is still chief executive – and displayed bullying behaviour to staff. This led to staff being paid off so they stayed silent, according to an investigation by The Guardian. 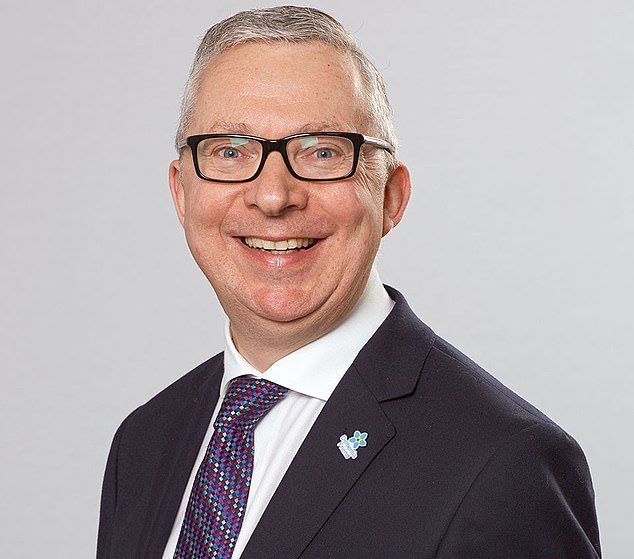 Jeremy Hughes (pictured) will no longer head the suicide prevention charity after an investigation exposed alleged payments of up to £750,000 to Alzheimer’s Society staff silenced by non-disclosure agreements

Peter Storey, of trade union Unite, said yesterday the allegations were ‘deeply troubling’. He added: ‘Given the fact that the Samaritans is in the very early stages of recovering from a toxic bullying culture which has damaged many of its staff, Unite does not believe that Mr Hughes is the right person.

‘Unite believes it is incumbent on the trustees at the Samaritans to rescind the appointment and instead appoint someone who has a track record in tackling a toxic bullying culture.’

A Samaritans spokesman said: ‘In light of events, the board of trustees has decided that it cannot proceed with the appointment of Jeremy Hughes. This decision is not in any way based on the allegations, which Samaritans is not in a position to judge.’

An 11-page whistleblower complaint, warning that NDAs could be viewed as an attempt to silence staff at the Alzheimer’s Society, was made to the Charity Commission in February 2018. Details about the complaint were revealed last week.

However, the watchdog did not investigate – something it now admits was a mistake.

The society claimed the £750,000 sum was inaccurate and said it only used settlements for ‘legitimate reasons’. It reportedly declined to give an alternative figure.

‘Our evidence shows we have not and do not use settlement agreements or non-disclosure agreements to stop anyone reporting any whistleblowing, harassment or discrimination complaints.’

Chief operating officer Kathryn Smith sent an email to staff on Monday, saying she was ‘deeply concerned’ by the allegations.