Bringing the sunshine! Queen dons dark glasses as she arrives at Windsor Castle on a bright winter afternoon – after Prince Andrew set off from home in the rain

By Chloe Morgan For Mailonline

The Queen brightened up an otherwise dreary day in a pair of dark sunglasses as she was photographed arriving at Windsor Castle on Thursday.

The monarch, 93, who was seen sitting in the back of a chauffeur-driven black Range Rover, donned a black dress complete with colorful floral detail, and a green gillet for a layer of extra warmth.

She accessorised with a pair of her trusty pearl earrings and kept her makeup natural – adding just a pop of pink lipstick.

Meanwhile, Prince Andrew, 60, was snapped leaving his home in the rain, wrapped up warm in a smart suit, white shirt and red tie.

The Queen, 93, brightened up an otherwise dreary day as she arrived at Windsor Castle in the back of a chauffeur-driven car on Thursday (pictured) 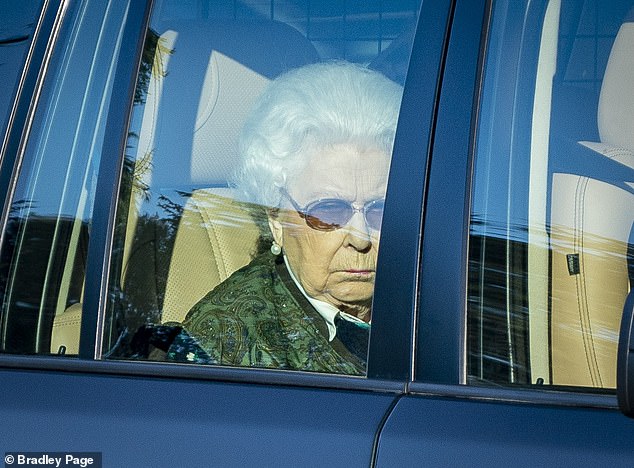 The monarch refused to let the chilly weather conditions stop her from sporting a pair of dark, circular sunglasses 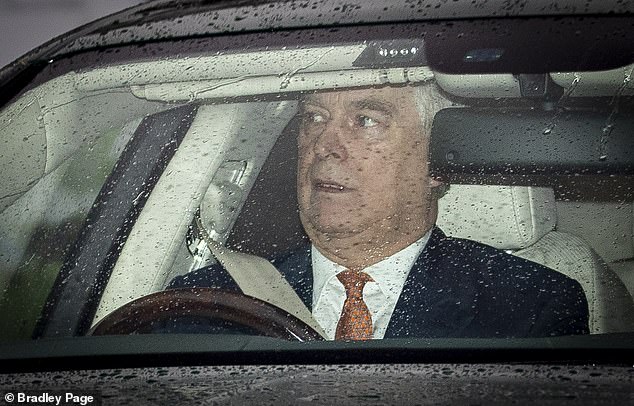 Prince Andrew was spotted leaving his home in the rain this morning, and appeared to be wrapped up warm in a smart suit and red tie

The royal family has weathered several controversies in recent months, with the Queen sacking Prince Andrew over his part in the Epstein scandal, and Prince Harry and Meghan Markle, 38, reportedly feuding with the rest of the family.

The monarch’s appearance comes just days after the Duke and Duchess of Sussex posted a statement on their website, disputing the jurisdiction by the monarchy over the use of the word ‘Royal’ overseas, after they were forced to drop their ‘Sussex Royal’ brand.

The comments were made on Friday after announcing they would stop using the word ‘royal’ in their branding after the Spring – and they insisted on keeping their HRH titles, but said though they would not ‘actively use’ them.

On Sunday, the Queen was caught resting her eyes on her way to church service in Windsor, as she rode alone in a chauffeur-driven vehicle to the Royal Chapel of All Saints at the Royal Lodge Windsor. 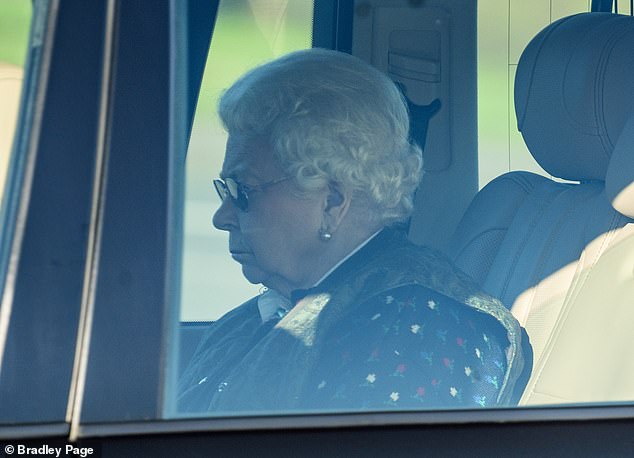 The monarch donned a black dress complete with floral detail, and added a green-coloured gillet for a layer of extra warmth 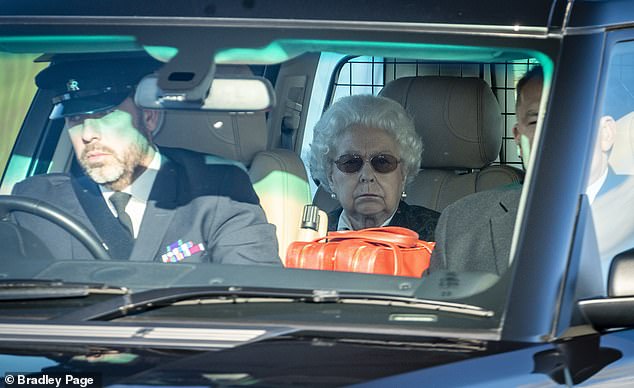 The Queen, who kept her makeup minimal except for a pop of pink lipstick, could be seen sitting in the back seat behind the chauffeur

In recent weeks, the royal has faced various bombshells, with her eldest grandson Peter Phillips and wife Autumn announcing they were separating following 12 years of marriage.

Peter, 42, and Autumn, 41, informed their families of their ‘amicable’ decision to divorce ‘last year’ after deciding it was ‘the best course of action for their two children and ongoing friendship’.

And days later her nephew, and Princess Margaret’s son from her marriage to Lord Snowdon, David Linley, announced he was also separating from his wife Serena.

Friends blamed the amount of time he spends away from home on business and insisted no one else was involved.

The Earl is best known for his high-end furniture company Linley’s, makers of bespoke items and accessories. 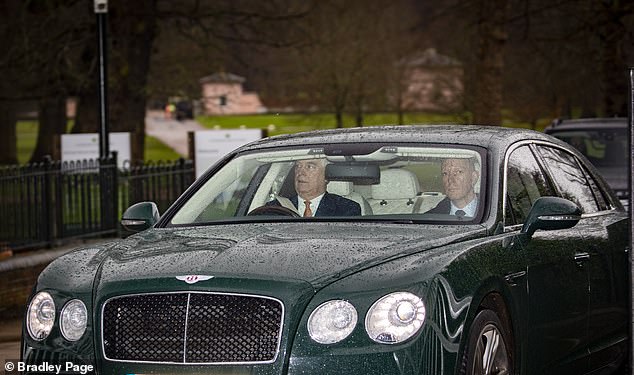 Prince Andrew was photographed leaving his home in Windsor Great Park this morning, and appeared to be accompanied by a friend 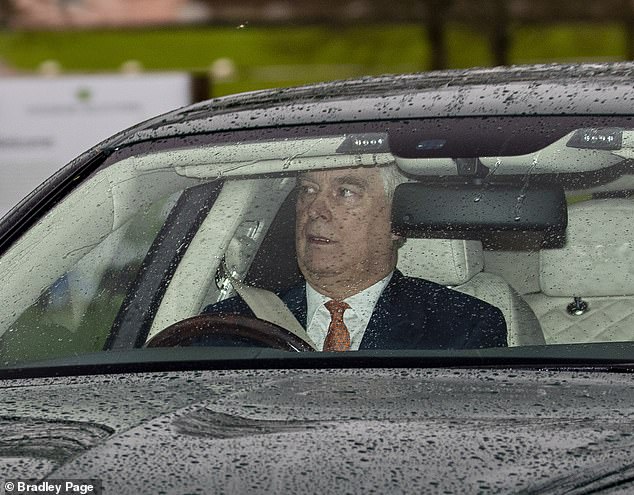 Prince Andrew, who was sat in the driving seat, could be seen wearing a seat belt as he left his home in Windsor Great Park