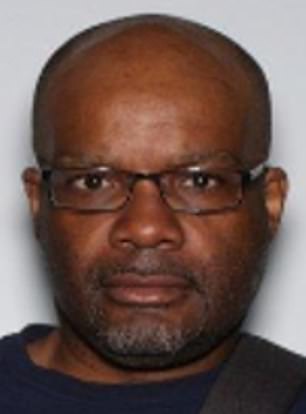 Anthony N. Ferrill, 51, shot dead his colleagues at the headquarters of the brewing company, now known as Molson Coors Beverage Co., in Milwaukee on Wednesday afternoon

The gunman who killed five co-workers and then took his own life at Milwaukee’s MillerCoors complex had worked there for 17 years and had a long running dispute with another employee.

Ferrill had worked as an electrician at the company for 17 years, the Milwaukee Journal Sentinel reports.

A co-worker, who asked not to be named, told the outlet that Ferrill had been involved in a long-running dispute with one of the victims prior to the shooting.

Ferrill believed he was being discriminated against because he was black, the co-worker said.

The victim Ferrill had the ongoing dispute with had taken issue with the gunman frequently watching films on his phone during the workday, according to the co-worker.

Both Ferrill and that victim had also accused one another of stealing tools or tampering with their computer equipment.

Ferrill had been an electrician for 20 years after being honorably discharged from the U.S. Coast Guard where he served from 1987 to 1991.

Police were searching the three bedroom home where he lived with his wife and children on Thursday. 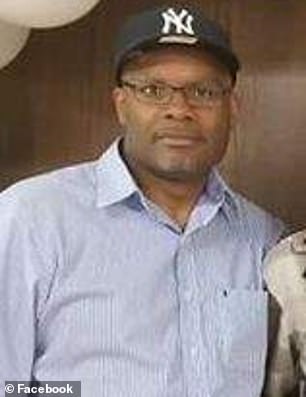 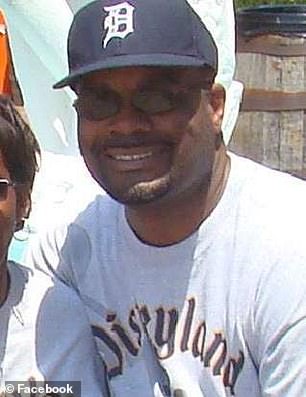 Ferrill had been an electrician for 20 years after being honorably discharged from the U.S. Coast Guard where he served from 1987 to 1991. He lived in a three bedroom home with his wife and three children 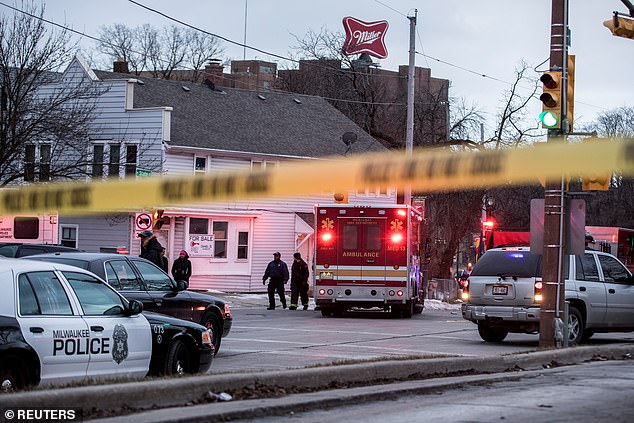 The shooting broke out at the MillersCoors campus on Wednesday afternoon. Ferrill shot dead five employees and then took his own life 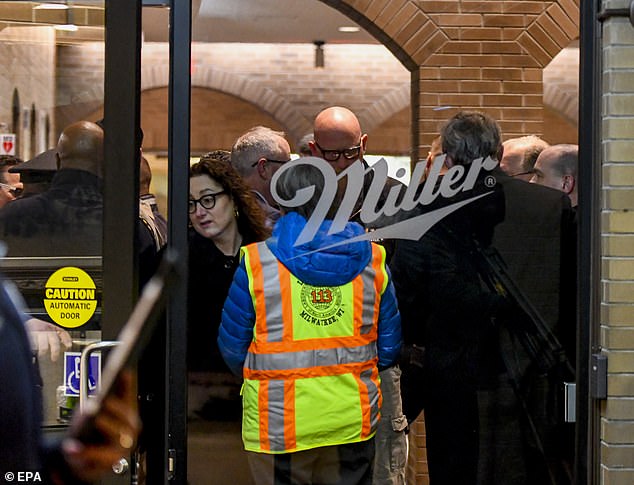 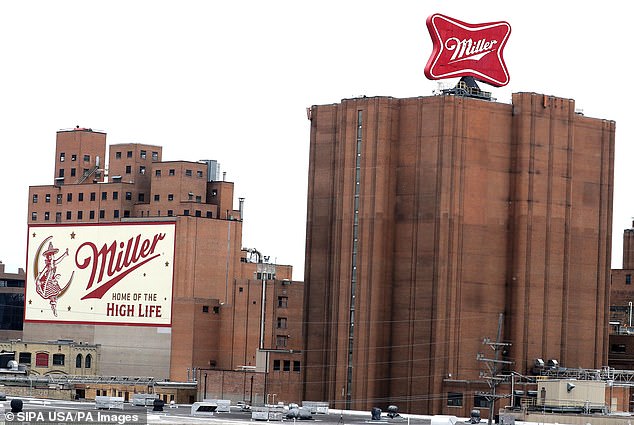 The suspect’s neighbor, Erna Roenspies, 82, cried as she stood at her front door, looking at the police tape around her neighbor’s home.

‘He was like a son to me,’ Roenspies said as she wiped her eyes. ‘I don’t know what triggered this. Let’s pray for everyone.’

She said the gunman was a good husband and father and helped his neighbor by doing odd jobs and repairs.

‘He would come over and fix anything,’ Roenspies said. ‘This is unreal.’

Authorities offered few details of the circumstances surrounding the shooting and no explanation for what might have triggered the carnage.

Workers at the plant said Ferrill seemed fine in the days before he stormed in and opened fire.

Earlier reports said Ferrill had been fired earlier in the day and he later returned with a gun fitted with a silencer.

Authorities offered no immediate motive for the attack and have not yet released any details about the shooter or how the shooting unfolded.

None of the victims have been officially identified. 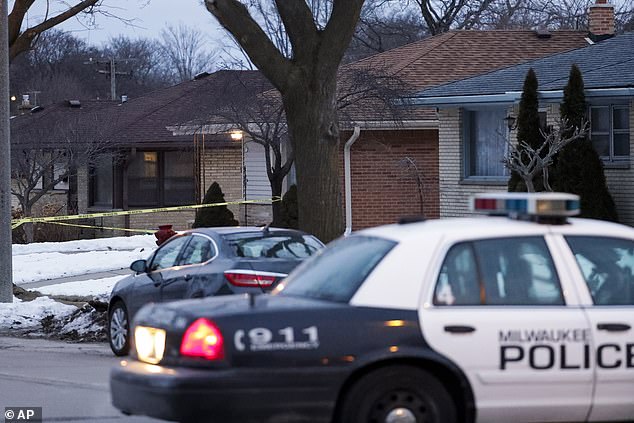 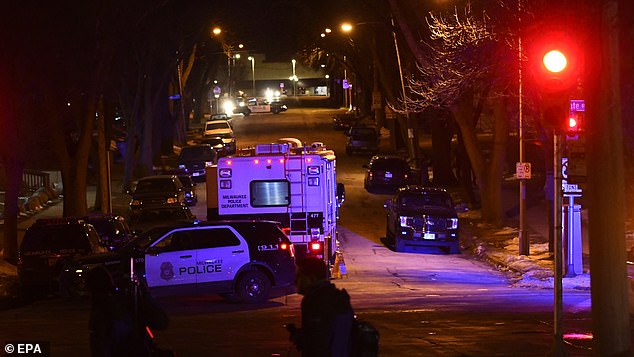 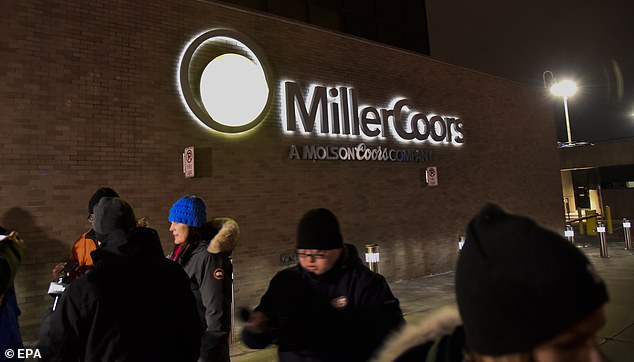 Ferrill shot dead his colleagues at the headquarters of the brewing company, now known as Molson Coors Beverage Co., on Wednesday afternoon 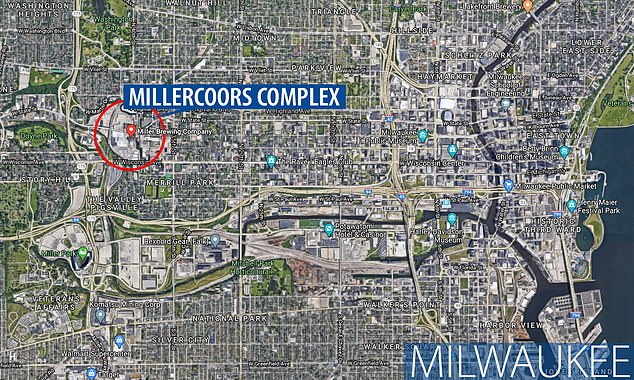 Police, who were still contacting relatives, said identities would not be released for at least 24 hours. No one was wounded beyond those who were killed, authorities said.

When the shooting broke out, employees say they were ordered to find a safe place to hide.

One of the employees said they received an email saying the shooter was located in the stairwell of one of the brewing facility’s buildings.

Officers worked for hours to clear the more than 20 buildings in the complex where more than 1,000 people work. The incident occurred at a sprawling complex that includes a mix of corporate offices and brewing facilities.

Molson Coors CEO Gavin Hattersley said in a statement: ‘Unfortunately, I am devastated to share that we lost five other members of our family in this tragic incident. There are no words to express the deep sadness many of us are feeling right now.’

He said the office would be closed the rest of the week and the brewery shuttered ‘for the time being’ to give people time to cope.

President Donald Trump addressed the shooting before speaking at the White House about his administration’s efforts to combat the coronavirus. 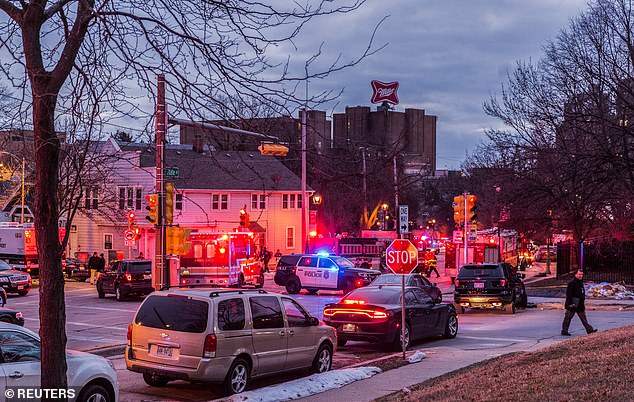 Police investigate a shooting at the Molson Coors headquarters in Milwaukee 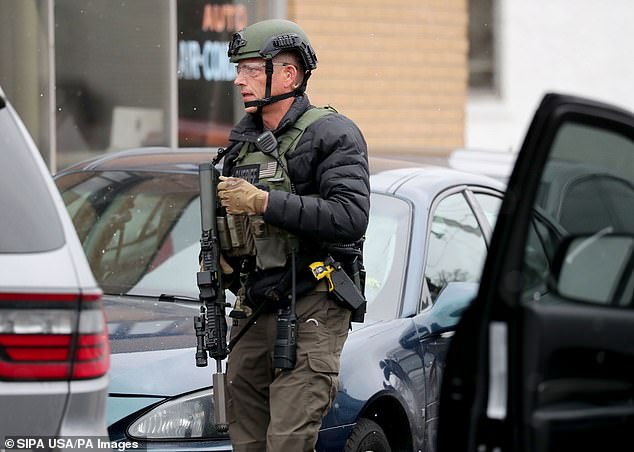 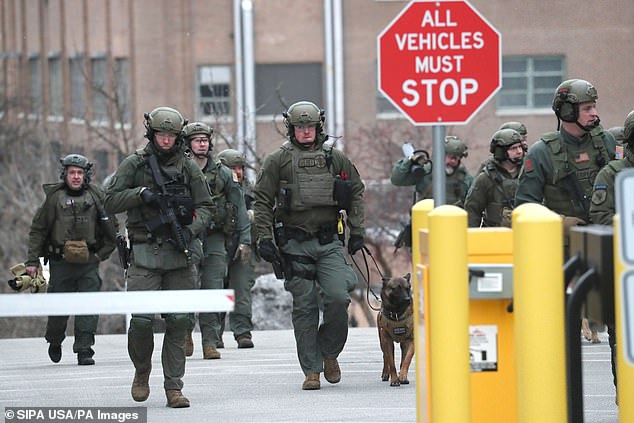 The FBI and the federal Bureau of Alcohol, Tobacco, Firearms and Explosives were among the agencies who responded to the shooting.

A group of brewery employees gathered at a nearby bar to talk about what had happened after the shooting.

‘We are all a family. We work a lot of hours together, so we’re all very sad,’ said Selena Curka, a brewery employee who was about to start her shift when the complex went on lockdown and she was turned away.

‘It’s just weird, because nine times out of 10 you’re going to know the shooter,’ said another employee Thomas Milner. ‘It’s a tight-knit family. Within the brewery we all interact with each other.’

Milner was also on his way to work when the shooting happened and he was turned away too.

James Boyles told the Milwaukee Journal Sentinel that his wife, Lasonya Ragdales, works at Molson Coors in the claims department.

She was texting from inside the facility and told her husband that there was an active shooter and she was locked in a room with a bunch of co-workers.