The singer who went viral after she was challenged to a game of ‘finish the lyrics’ by a comedian has appeared on the Ellen Degeneres show.

Charlotte Awbery, from Romford, East London, went viral last week after singing her rendition of Shallow from a Star is Born, starring Lady Gaga and Bradley Cooper, on the London underground.

Yesterday she was invited to sing on Ellen, and sat down for a chat with the TV presenter- who gifted her with a year-long free Tube pass and £10,000.

Charlotte was stopped by prankster Kevin Freshwater while she was on her way to meet a friend, and quickly racked up an international fan base. 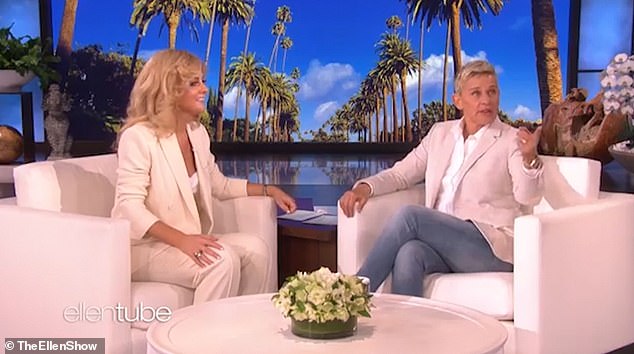 Wedding singer Charlotte Awbery, from Romford, East London, who went viral when a video of her singing Shallow from a Star is Born in the Tube surfaced last week, was invited to sing on the Ellen Degeneres show (pictured) 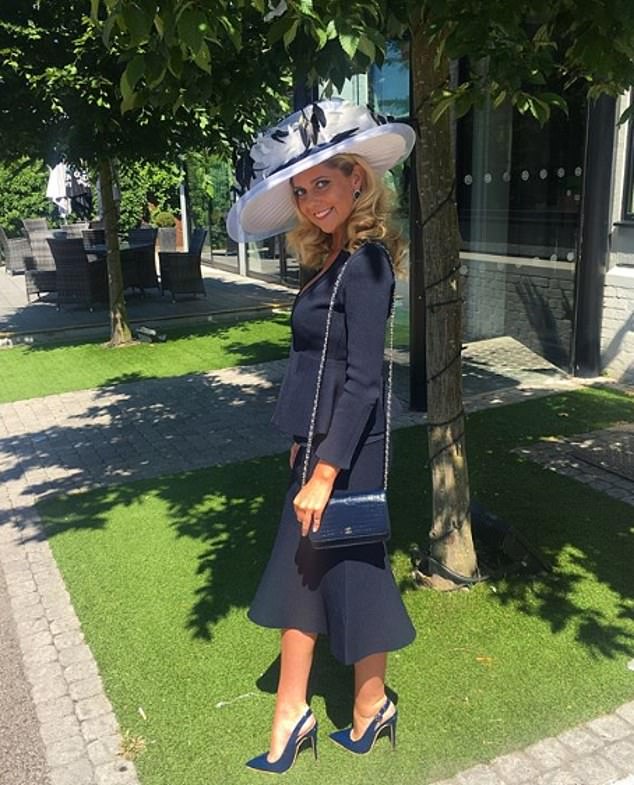 Charlotte works as a professional singer for weddings, bars and restaurant (pictured at Royal Ascot this year) 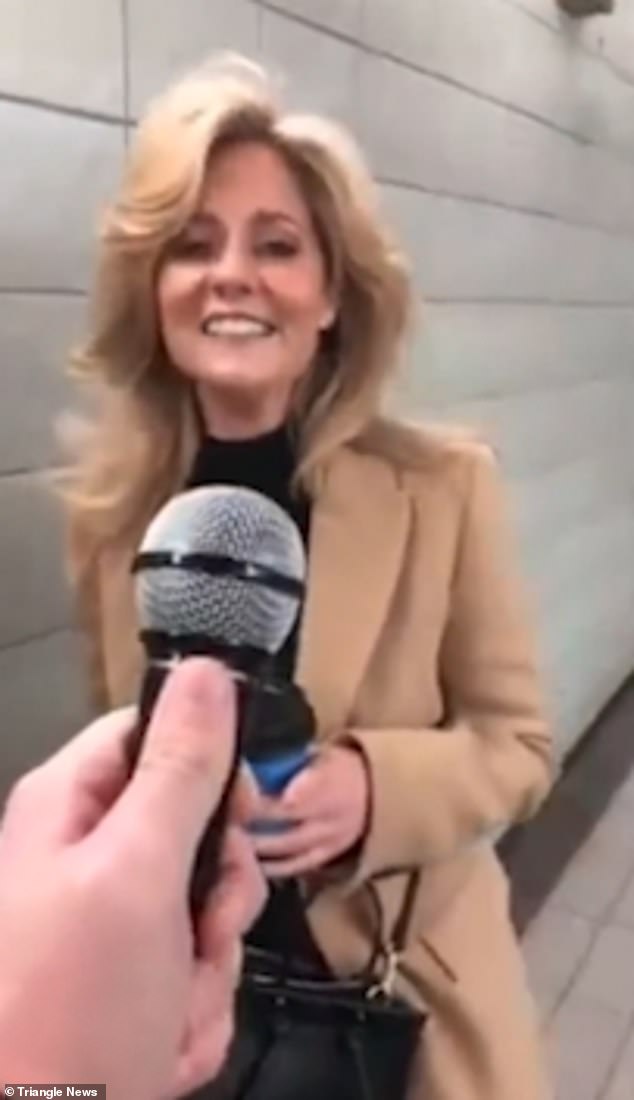 A viral video (pictured) of Charlotte signer Shallow was watched more than six million times online. Thanks to it, Charlotte’s Instagram following went from 5,000 to 466,000

Speaking to Ellen, she said that she was completely overwhelmed by the attention she got after the video hit social media.

‘I was literally on my way to meet my friend,’ Charlotte said, after singing the song for the audience.

‘I’m absolutely overwhelmed with all of this, thank you so much for having me,’ she added.

Ellen went on to list facts about Charlotte’s video, including the fact it was seen by six million people and helped Shallow re-enter the Top 40 on Itunes. 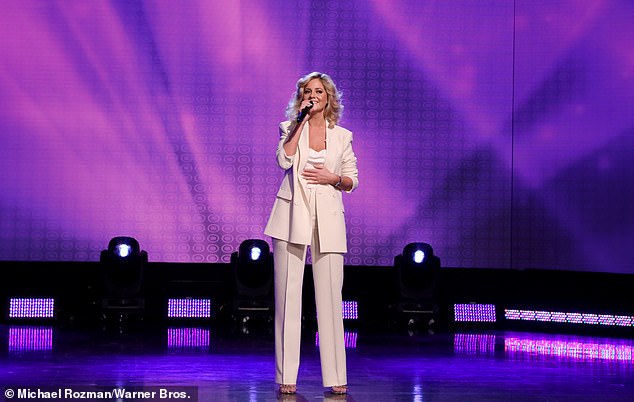 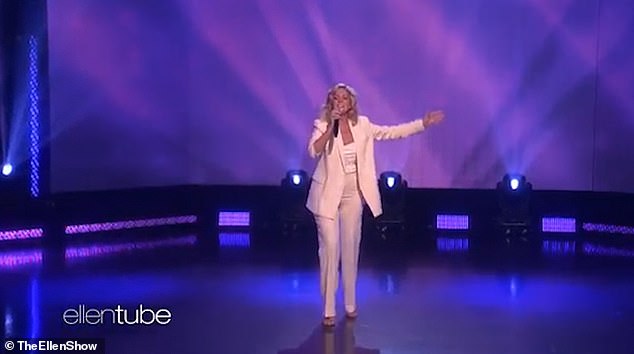 The presenter added that since the video, Charlotte’s Instagram following had skyrocketed to 466,000 followers, one of which is Ariana Grande – whom Charlotte followed back.

‘My dad always said to me: sing wherever you are,’ humble Charlotte said.

Vlogger Kevin Freshwater attended the show in the audience, and told Ellen: ‘I was out in London for about two week, approaching so many different random people and I came across Charlotte and she just blew me away.’ 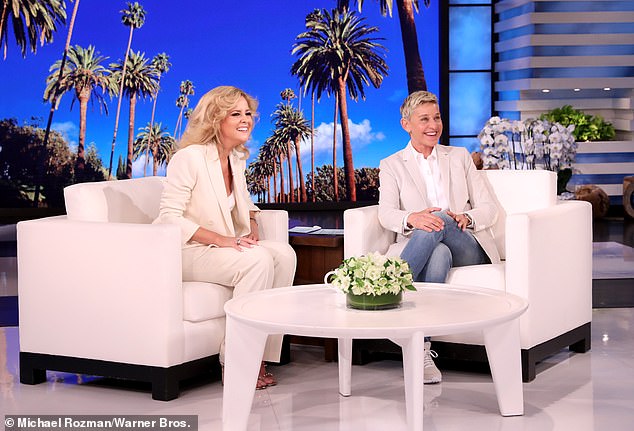 The singer told Ellen her father had told to ‘sing wherever she could,’ which proved to be very good advice 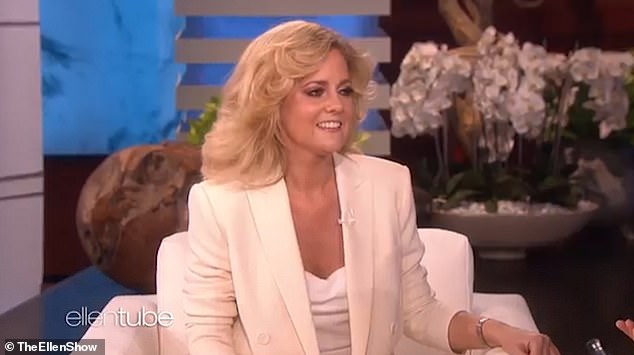 ‘OMG #CharlotteAwbery is amazing! The cover of #Shallow is amazing,’ one wrote.

‘She completely nailed this WOW,’ said another.

In the video shared last week, Charlotte sang the words: ‘I’m off the deep end, watch as I dive in, I’ll never meet the ground. Crash through the surface, where they can’t hurt us, we’re far from the shallow now.’ 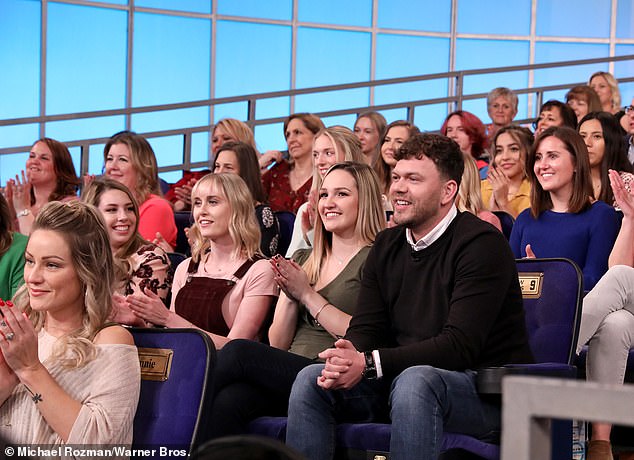 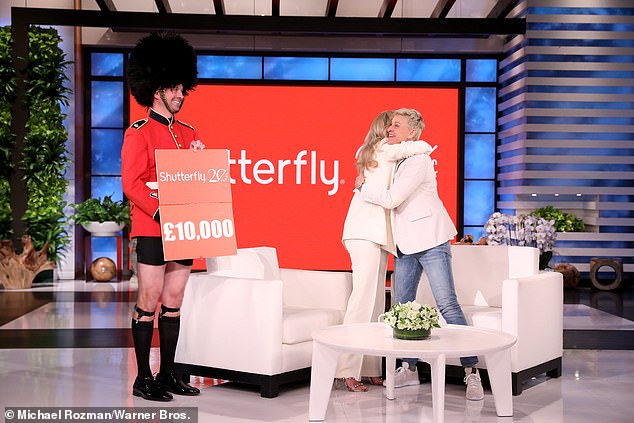 The presented offered Charlotte £10,000 (pictured) during her visit to the show, before hugging her 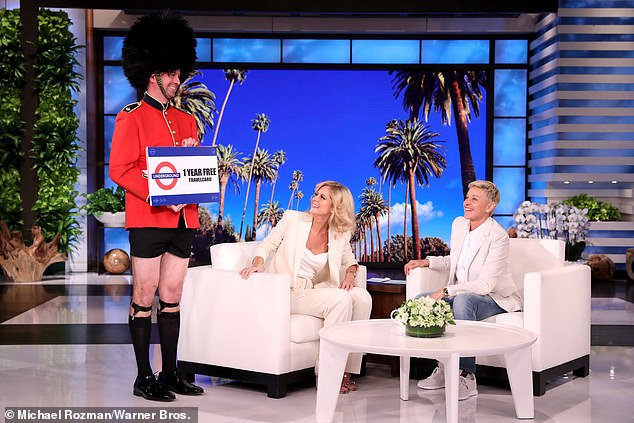 Ellen, who loves to give gifts to the people she invites on her show, presented Charlotte with a year-long free pass for the London tube

After her impressive vocals, gobsmacked Kevin, who has 1.5million Facebook followers, says: ‘Wow. You’re brilliant. Are you a singer? Oh my God you’re amazing.’

Ms Awbery then smiles and admits she was a wedding singer before making her way to the train with a coffee in her hand. 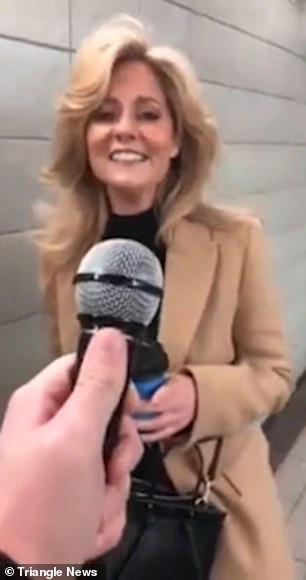 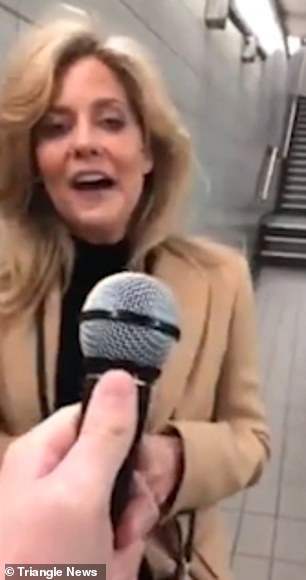 Charlotte Awbery, from Romford, east London, left prankster Kevin Freshwater very impressed after he asked her to finish the lyrics to Shallow and she perfectly sang the lines