By Keith Griffith For Dailymail.com and Wires

It follows a sharp selloff that gutted the Dow by more than 1,900 points in two days, as the World Health Organization (WHO) cautioned that the rapid spread of the virus to more places was inevitable, even as the outbreak in China had peaked. 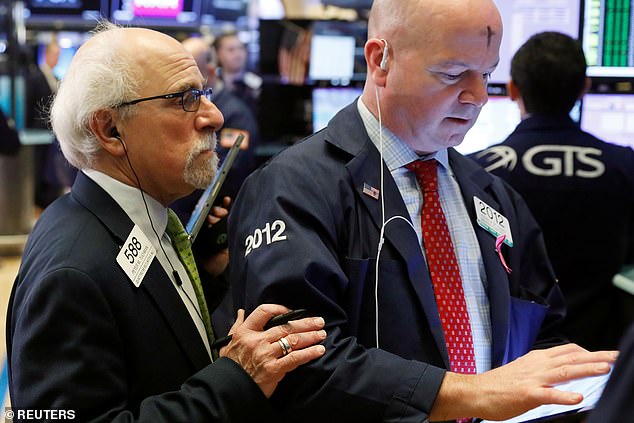 U.S. stock indexes opened higher on Wednesday, after four days of steep selloffs amid fear of the coronavirus. Pictured above are traders on the NYSE on Ash Wednesday

The U.S. Centers for Disease Control and Prevention also warned that a pandemic was likely.

As of Wednesday, death toll in Italy had crossed 19, new cases in South Korea rose above 1,260, while first case of the virus infection was reported in Greece and Brazil.

The three main indexes have fallen in the past four sessions, with the Dow losing more than 1,900 points in the past two days, while the S&P 500 has lost about $1.74 trillion in market capitalization in the same period, according to S&P Dow Jones Indices senior analyst Howard Silverblatt.

The S&P 500 is down 7.8 percent from its intraday record high hit last Wednesday, while the Nasdaq is down 8.9 percent from the peak. 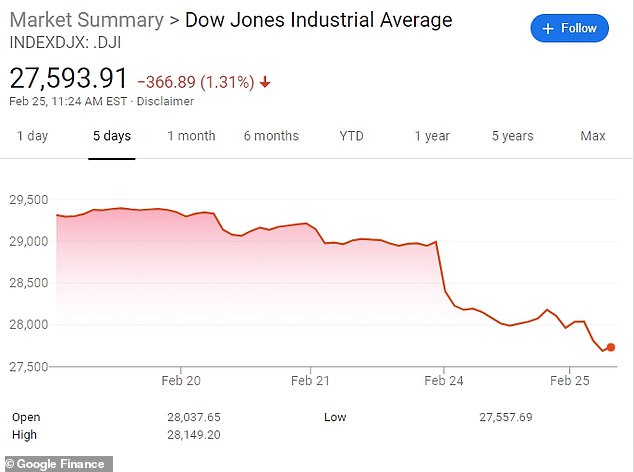 If an index closes down 10 percent or more from its closing high, it would confirm a correction territory.