A bricklayer killed a woman while speeding on an E-bike and fled the scene because he was ‘confused and just wanted to go home’, a court heard today.

Mrs Cihan collapsed bleeding and had suffered multiple fractured ribs in the collision. She was rushed to hospital in an ambulance but died of catastrophic brain injury the next day, the Old Bailey heard. 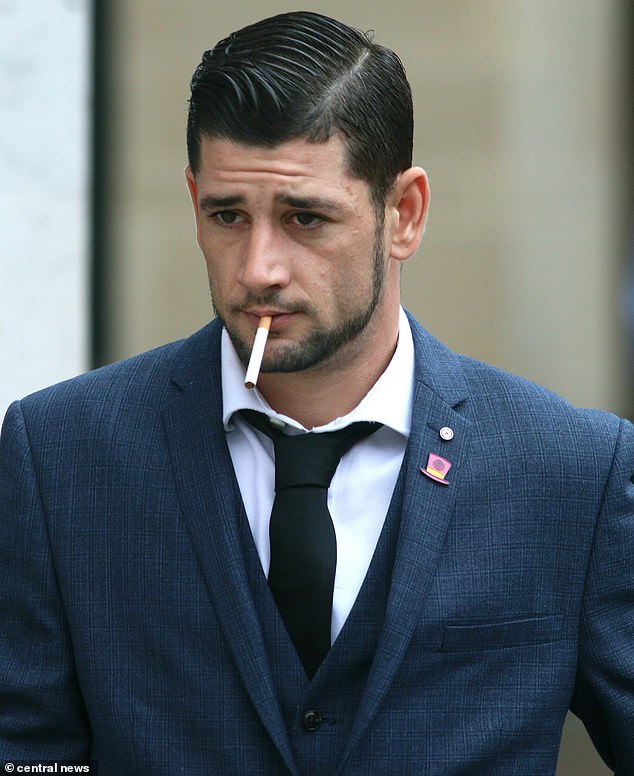 Hanlon was driving a vehicle which ‘appeared to be a bicycle’ but had, it is alleged, been fitted with a highly-powered battery motor capable of travelling at double the legal speed limit for E-bikes.

According to the prosecution the bike is classified as a ‘motorcycle’.

Hanlon, a bricklayer, told police on arrest that he had bought the vehicle on Gumtree a year earlier and insisted it was ‘the same as pedalling’.

But CCTV capturing the moments before the crash shows him riding with no pedalling motion, jurors heard.

Nathan Rasiah, prosecuting, said: ‘On August 28, 2018, a lady in her fifties called Mrs Sakine Cihan, was out near the shops in Dalston and walked across Kingsland High Street and she was struck and knocked over by a motorised cycle ridden by Thomas Hanlon.

‘She sustained in the course of that collision a serious head injury from which she died the following day. The vehicle ridden by Mr Hanlon had the appearance of a bicycle but had a motor that assisted in powering the vehicle.’

The motors on E-bikes are not allowed to propel the vehicle when it is going over 15.5 miles per hour, according to Mr Rasiah.

‘The vehicle that Mr Hanlon was riding was fitted with a motor that could propel the vehicle at a greater speed, and indeed on approach to the collision it was travelling at closer to 30 mph, well in excess of the 20 mph speed limit for that road,’ he said.

‘As such a result it is classified as a motorcycle, for the purposes of the law, and it therefore required a license, insurance and adherence to safety regulations, including wearing of a helmet and so on. 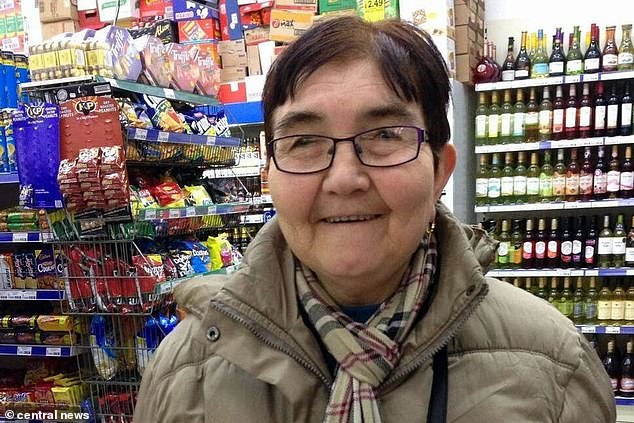 ‘Mr Hanlon did not have an appropriate licence, he was not insured, and he was not wearing a helmet. On approach to the collision he was travelling in the region of 30 mph, on a road which is limited to 20mph speed limit because it’s a busy urban environment.

‘The prosecution case is that he was driving without due care and attention and that carelessness was a cause of the death of Mrs Cihan.

‘Secondly he was driving without insurance and thirdly without a proper license and again caused the death of Mrs Cihan.’

Jurors heard another cyclist, Raymond Murphy, was riding along Kingsland road when he was overtaken by the speeding bike swerving and cutting through traffic.

The next thing he saw was ‘arms and legs everywhere, flying in the air.’

‘The bike swerved in front of him but then suddenly veered to the right. Then he says up in the distance he suddenly saw arms and legs everywhere flying in the air,’ the prosecutor said.

Murphy said in a statement: ‘I heard gurgling from her throat and thought I should put her in the recovery position. I shouted for someone to put towels under her head for when we turned her over.

‘I realised the helicopter was arriving and moved out of the way so medical staff could do their work.’

John Stubbs, a father outside a nearby cafe with his three-year-old daughter, saw Hanlon make impact with the pedestrian’s head, the court heard.

‘It looked like their heads made contact and then the lady fell to the ground. The cyclist fell off too. After a few seconds, the cyclist got back up.

‘He looked dazed and confused. The lady lay motionless on the road,’ Mr Stubbs said in a statement read to the court.

‘The rider had a cut to his right forehead and was asking for help. Mr Stubbs was trying to get him to sit down at the side of the pavement, but he was being uncooperative,’ the prosecutor said.

‘Mr Hanlon left the scene with his vehicle. He was seen leaving that direction by a member of the public and officers were informed.

‘Meanwhile police and ambulance attended, including HEMS. Paramedics tended to Ms Cihane and she was taken by ambulance to hospital.

‘She had suffered a catastrophic brain injury as well as multiple fractured ribs. She was admitted to the critical care for end of life care, and she died the following day.’

Hanlon turned himself in after a media appeal for the suspect was sent out by the Metropolitan police.

He told officers in his police interview: ‘She rushed out in front of me to cross and she didn’t even look at me, she didn’t look left or right… basically I could do nothing.’

It is accepted the traffic lights were green when he rode, and he did not run a red light.

Reading from Hanlon’s interview transcript, Mr Rasiah said: ‘I did just try and pull both brakes.’