Surfer, 60, fights off Great White by shouting ‘f*** off’ and punching it in the eye after the 10ft shark bit his arm off New Zealand

By Luke Andrews For Mailonline

A 60-year-old surfer has fought off a Great White by yelling at it to ‘f*** off!’ and punching it in the eye after it bit his arm off the coast of New Zealand.

Nick Minogue was left with blood dripping from his wetsuit after the ten-foot shark’s jaws closed on him and his board as he paddled back from catching waves at Pauanui Beach, east of Auckland.

Authorities closed the beach for two hours following the attack.

‘I actually shouted at it to “f*** off!” and went to punch it in the eye and missed,’ he told the New Zealand Herald. 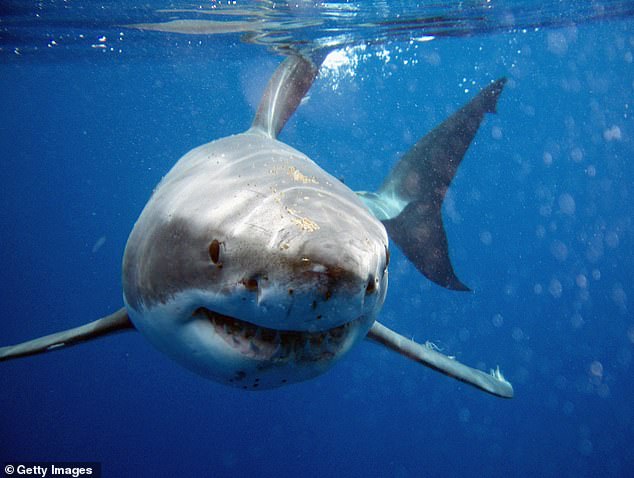 A 60-year-old surfer has fought off a Great White by yelling at it to ‘f*** off!’ and punching it in the eye after it bit his arm off the coast of New Zealand (file image)

‘Then I pulled my fist back and shouted “f*** off!” again and got it right smack bang in the eye. It’s quite a big eye, about three knuckles across, and its eye kind of looked up and rolled up.

‘In between the two punches it crunched down a bit more on the board and then disengaged its teeth, got its jaws off, and then I got brushed by the dorsal fin and the tail fin and it swam off.’

Mr Minogue was left with two teeth holes in his wetsuit. Although, luckily, only one punctured his skin.

Images posted online show his injury alongside teeth and scrape marks on the front of his surfboard. 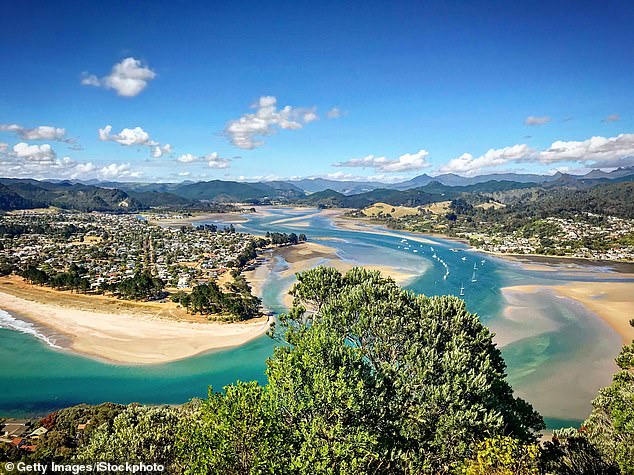 Authorities closed beach at Pauanui, east of Auckland, for two hours after the attack (pictured)

Describing the moment he was attacked, he said: ‘I was quite a long way out, there was quite a solid swell running. I was just paddling along and got hit on the side of my elbow and forearm.

‘By the time I realised what was going on its teeth were definitely latched on to the front section of the board.’

He was attacked just before 11.30am on Saturday. There have been 12 fatal shark attacks in New Zealand since 2017.