By Paul Revoir For The Daily Mail

The host claimed ITV hired him for This Morning because he ‘could do the job better than anyone else’ and he regarded himself as ‘the market leader’.

He also boasted he was someone who could boost ratings and was in ‘total control’ over what happened on the show and was ‘not there to follow other people’s rules’.

The comments are included in papers he submitted after HM Revenue and Customs challenged the way he was paid. 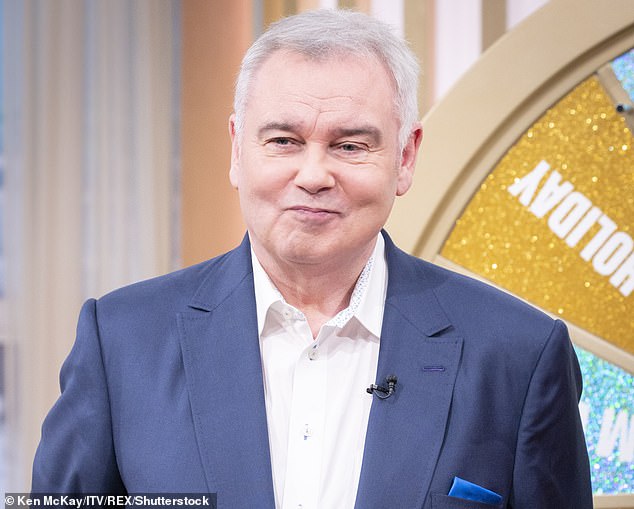 The presenter claimed he was a self-employed freelancer and was paid through his own limited company rather than directly as an employee of ITV.

The taxman has been cracking down on the practice, under which stars can pay tax at a lower rate, and two years ago former regional TV presenter Christa Ackroyd was hit with a £420,000 tax bill.

Holmes on Holmes… what he told taxman

Extracts from Eamonn Holmes’s submission to the tribunal…

Engagers sign me up for my profile and what my USP (unique selling point) brings to their project.

Once I am on air I am effectively in total control of what needs to happen.

If I were to say something that the producers felt to be unacceptable, there is nothing they could do.

I am my own creation, I am not anybody’s slave on This Morning. It is me telling them what to do, not the other way around.

If you stop, you fall off the conveyor belt and someone else takes your place. Few jobs or positions are safe and the broadcasters know it.

…and his paraphrased quotes in the tribunal judgment:

He said he is the best live TV presenter in the country and that skill keeps him in high demand.

He thought he was engaged by ITV because he could do the job better than anyone else.

He considered that he is the market leader and an expert in his field.

He saw himself as a ‘one man band answerable to no one but himself. A gun for hire – on my terms’.

In his evidence, Holmes said that in his opinion ITV wanted him as an ‘entertainer who brings a maverick element to the show’.

He added that he was his ‘own creation’ and was ‘not anybody’s slave’ on This Morning, which he co-presents with his wife Ruth Langsford.

But further evidence from ITV, recorded in ‘meeting notes’, revealed Holmes was ‘creative’ with the autocue which could ‘play havoc’ on the programme.

He would also arrive at the studio shortly before the show started and ‘rarely follows a brief’.

But ITV was also recorded as saying that Holmes was popular with viewers. ‘His personality drives the show,’ it added.

The tax case relates to payments he received for his work on This Morning from 2011 to 2015.

During this period his company Red, White and Green entered into four contracts with ITV and turnover ranged between £251,319 and £464,483.

Holmes argued that ‘there is nobody more freelance than me’ and that his jobs ‘could go at any moment’.

A spokesman said he ‘has never knowingly avoided paying taxes’.

But in the ruling, tribunal judge Harriet Morgan concluded that through the period in question, there was ‘sufficient mutuality’ to suggest the ‘assumed relationship’ between Holmes and ITV was one of ’employment’.