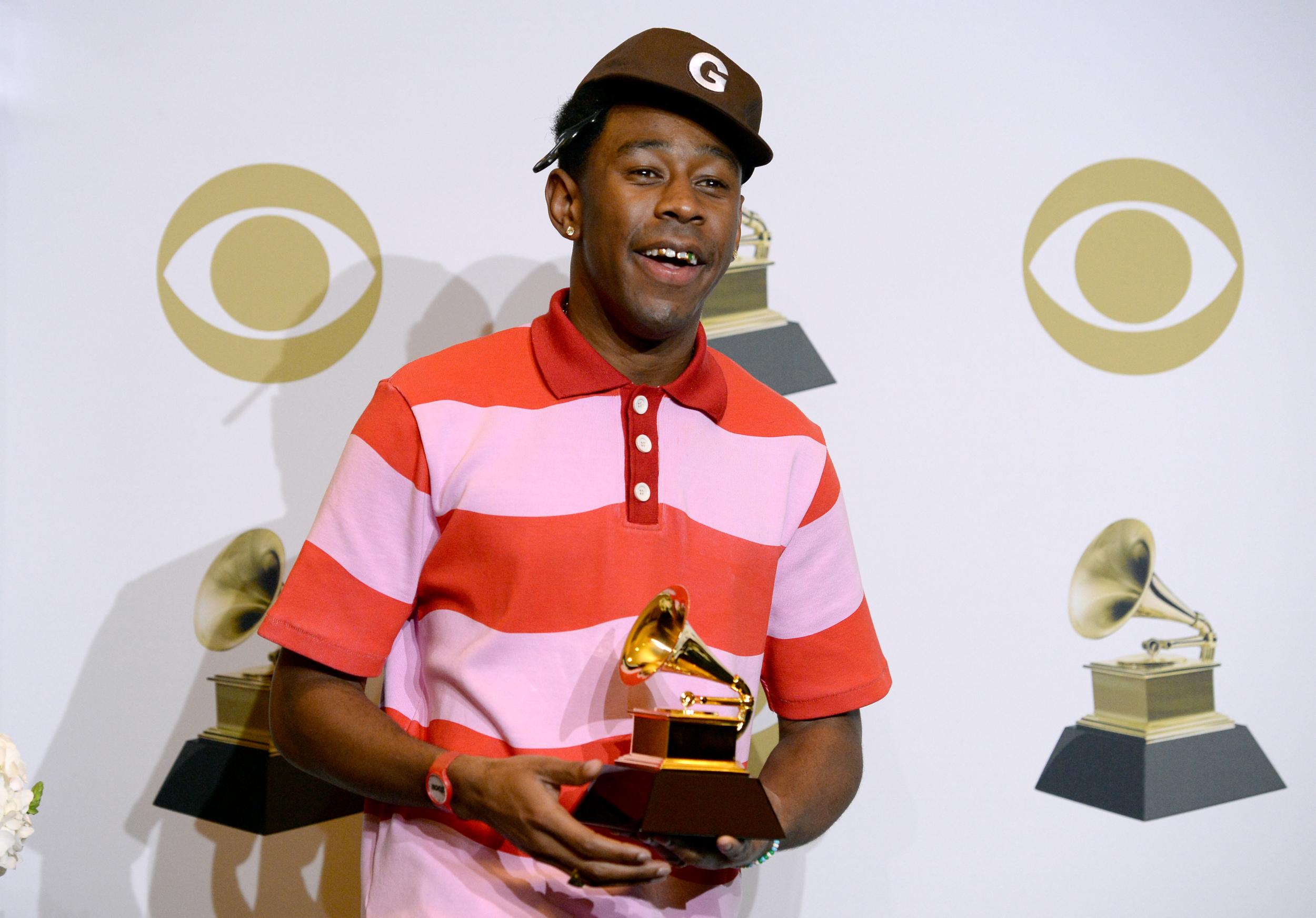 Tyler, the Creator has suggested the awards categories at the Grammys are racist, and described his nomination and win as a “backhanded compliment”.

The rapper took home the award for Best Rap Album on Sunday night (26 January), with his record Igor beating out competition from Dreamville, Meek Mill, 21 Savage and YBN Cordae.

Responding to his win after the ceremony, he told press: “I’m half and half on it. On one side, I’m very grateful that what I make can be acknowledged in a world like this, but also it sucks that whenever we – and I mean guys that look like me – do anything that’s genre-bending, they always put it in the rap or urban category.

“I don’t like that ‘urban’ word, it’s just a politically correct way to say the ‘n’ word to me.”

He added: “So when I hear that I’m like, ‘Why can’t we just be in pop, do you know what I mean?’ Half of me feels like the rap nomination was a backhanded compliment, like, ‘Oh, my little cousin wants to play the game, let’s give him the unplugged controller so he can shut up and feel good about it.’

“That’s what it felt like a bit, but another half of me is very grateful that the art that I make can be acknowledged on a level like this when I don’t do the radio stuff, I’m not played in [American retail chain] Target, I’m in a whole different world than what a lot of people here listen to. So I’m grateful and like, ‘Ehh.’”

The artist’s win is his first-ever Grammy triumph after being nominated two other times, for Flower Boy in 2018 and as a feature on Frank Ocean’s Channel Orange in 2013.

He performed at the ceremony at the Staples Centre in Los Angeles and, shortly after the win, Jaden Smith, who has previously teased fans about the nature of his and Tyler’s relationship, tweeted: “My boyfriend just won a Grammy.”