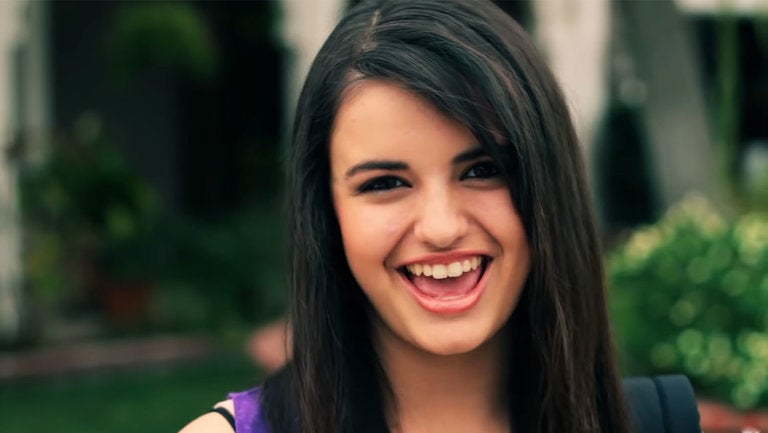 Former YouTube sensation Rebecca Black has admitted that her viral hit “Friday” made her “afraid of the world”.

In 2011, Black’s self-funded video, which was made for $4,000, became an internet meme. It became YouTube’s most disliked clip for several months, after going viral amid mockery about its quality.

As a result of the video’s virality, Black, then 13, was subjected to death threats and trolling.​

Now 22, Black took to Twitter to make a statement about her experience, writing: “9 years ago today a music video for a song called ‘Friday’ was uploaded to the internet. Above all things, I just wish I could go back and talk to my 13 year old self who was terribly ashamed of herself and afraid of the world.”

“To my 19 year old self who had almost every producer/songwriter tell me they’d never work with me. ‘Hell, to myself a few days ago who felt disgusting when she looked in the mirror!

“I’m trying to remind myself more and more that every day is a new opportunity to shift your reality and lift your spirit. ‘You are not defined by any one choice or thing.

“Time heals and nothing is finite. It’s a process that’s never too late to begin. And so, here we go! This might be a weird thing to post but the honesty feels good if nothing else.”

In response to Black’s heartfelt statement, her fans have been offering their support.

Another said: “I still quote you at the close of nearly every week. You are a quintessential part of American culture.”

As a result of “Friday”, Black won the Web Star Teen Choice Award and appeared in the music video for Katy Perry’s “Last Friday Night”.

In 2017, Black released her debut album RE/BL, which had a distinctly different sound than “Friday”. Her most recent single, “Sweetheart”, takes aim at the patriarchy.