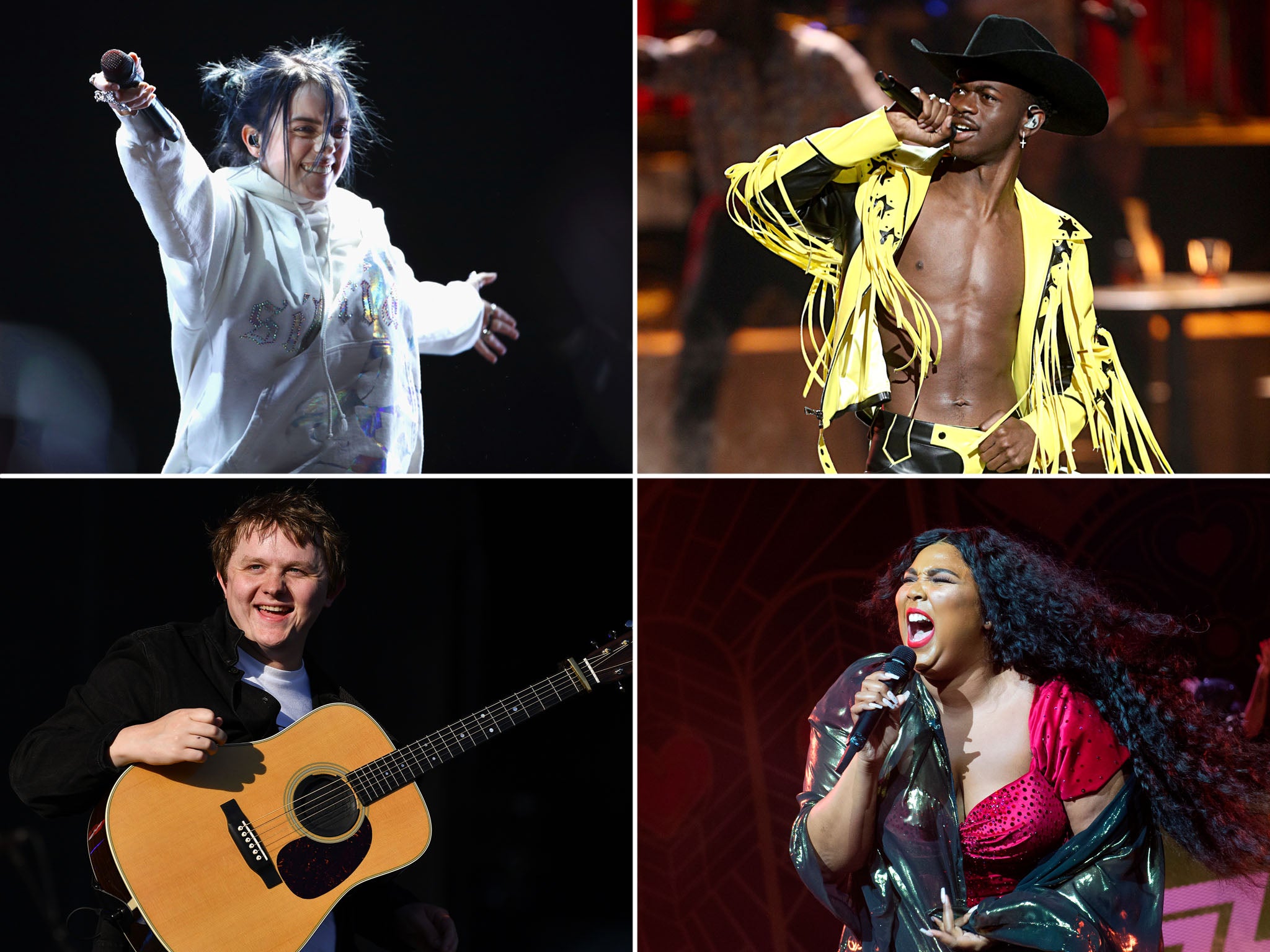 This year’s ceremony will be under particularly close scrutiny. A number of women are up for top awards, but there is also an ongoing furore surrounding ousted Grammys CEO Deborah Dugan.

Dugan was appointed after former chief Neil Portnow stepped down, following controversial comments where he suggested female artists “step up” in order to receive more recognition at the infamously male-dominated awards show.

However, Dugan has since been placed on administrative leave over allegations of bullying a female staff member, which she denies. In response, she filed a lengthy and explosive complaint, in which she made allegations of sexual harassment, and also alleged that Portnow had been accused of raping a female artist. Portnow vehemently denied the accusation.

Ahead of the ceremony, Lizzo and Eilish are the most likely frontrunners for the top awards, including Song of the Year and the biggest prize of the night, Album of the Year.

Scottish singer-songwriter Lewis Capaldi is one of the few British artists who will be representing on the night – he is nominated for Song of the Year for his massive hit “Someone You Loved”, which spent three weeks at the top of the US singles chart.

Here are The Independent’s predictions for the Big Four categories at this year’s Grammy Awards:

Song of the Year

Lewis Capaldi ​– “Someone You Loved”

Singer Lewis Capaldi is the Scottish underdog among this intimidating list of big US names up for the songwriting award.

You have Lady Gaga, with a song from the Star is Born soundtrack; Billie Eilish with her mega-hit “Bad Guy”; Taylor Swift with the lead single from her seventh album, Lover; Lana Del Rey; and Lizzo. However, given how the Academy has shown British artists the cold shoulder over the past few years (former Grammys darling Ed Sheeran didn’t even get a look-in this year), there is a chance Capaldi and his heartbreak ballad “Someone You Loved” could persuade voters to acknowledge some UK talent.

Record of the Year

Really, this is anyone’s guess. Eilish, Grande, Lil Nas X and Lizzo all seem like highly likely candidates given the success of their respective singles last year, and the huge variation in sound and theme. There’s Lizzo, with her empowering “Truth Hurts”, and Billie Eilish with the dark but catchy “Bad Guy”, which managed to knock Lil Nas X’s “Old Town Road” from its reign at number one in the US last year. Grande’s song “7 Rings” is the weakest of the bunch both in terms of commercial performance and critical reception – many critics felt it was a letdown after the hype that preceded its release. Out of the eight songs, however, it’s Lil Nas X who is most likely to take the prize, for a country-rap track that not only shattered a number of industry records, but also sparked an important debate surrounding racism in the country music scene.

Tank and the Bangas

As usual, the Grammys seems a little behind at recognising up and comers in the music industry. You could easily argue that artists such as Maggie Rogers, Rosalía, Lil Nas X, Lizzo and Billie Eilish, all of whom have major debut albums under their belts (Rosalía has actually released two albums, and Lizzo has released three), aren’t exactly “new”. This is the first time that eight artists have been nominated, compared to the previous five per year. The Academy also has relatively relaxed standards when it comes to what constitutes a “new” artist – case in point, when Alessia Cara received a major backlash for winning the prize in 2018. Her debut album had been released three years earlier, but it was her 2017 hit “Stay” with producer Zedd, and a feature appearance on “1-800-273-8255” with Logic that swayed judges. Unfortunately, she won in a year where arguably more favoured artists, including SZA, Khalid and Julia Michaels, were also nominated. Cara later issued a statement on social media about how she deserved the win.

Who will win: Billie Eilish

Who should win: Billie Eilish​

Album of the Year

Billie Eilish – When We All Fall Asleep, Where Do We Go?

Ariana Grande – thank u, next

Lizzo – Cuz I Love You

Vampire Weekend – Father of the Bride

There are two rather random appearances on this year’s list of nominees: Bon Iver and Vampire Weekend. While both albums received positive reviews, bands seldom make it into the Big Four categories, and neither of these two seem likely to make waves with the Recording Academy, which typically favours more mainstream artists. After Kacey Musgraves won last year for her exquisite album Golden Hour, will another woman win this year’s prize? Lana Del Rey, Billie Eilish, Lizzo and Ariana Grande seem like the four strongest contenders – despite the overwhelming success of Lil Nas X’s hit “Old Town Road”, it would be outrageous to give him the album prize given his rather slapdash debut. H.E.R will suffer from a similar issue with her middling album. Meanwhile, Eilish received acclaim for her debut, When We All Fall Asleep, Where Do We Go?, which is certainly one of the most commercially successful albums on the list. Grande’s record may suffer from its early release date, especially given Lizzo, Eilish and Lil Nas X also had busy festival seasons. Lana Del Rey is arguably the “artist’s artist” out of these picks, although her album also debuted at number one in the UK, and at number three in the US.

Who will win: Billie Eilish – When We All Fall Asleep, Where Do We Go?