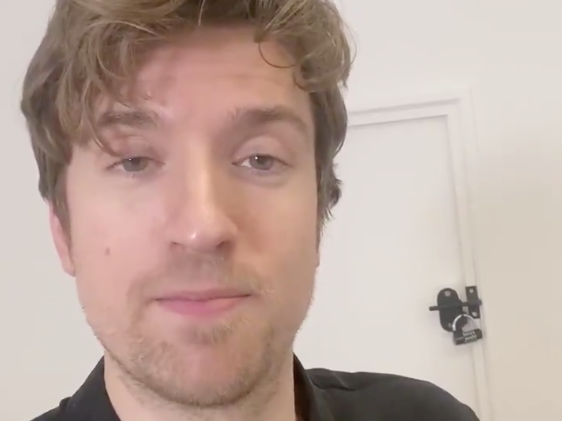 BBC DJ Greg James failing to turn up to his Radio 1 Breakfast Show was pre-planned, it has been revealed.

Fans were led to believe that James had been too hungover after attending the Brit Awards afterparty to come in for work.

However, his colleague Clara Amfo has since confirmed that James was “taken” and would later be in touch with the Scott Mills Radio 1 show at 1pm on 19 February.

In a short audio clip, James is heard saying he was “taken away from the Brits last night… I was at an after party and I was taken and I’m locked away.”

He added: “It was really busy…it got really busy…it must have been an hour and half in, I got bundled out the back door, a blindfold was put on me and I was put in a car.

“It’s so hazy because…and you can hear it in my voice…I had a lot of wine.”

James then said he fell asleep with headphones on before eventually being bundled out, put in a wheelchair, and taken to an unknown building where he has been locked in an empty white room.

“I feel like I’m losing my mind,” he complained.

Radio 1 listeners have now been tasked with finding out “Who’s Got Greg”.

The stunt comes after he was replaced by fellow presenter Adele Roberts, who had to take over his show after appearing on her own show at 4am. Presenters Jordan North and Matt Edmonson also filled in.

“Greg James is a no-show, a dirty little no-show. Has anybody seen him, on anyone’s Instagram?” Roberts asked.

She added that she saw a “flash of him with Yannis from Foals, but I haven’t seen any more of Greg James, so if you do spot him please do send him our way”.