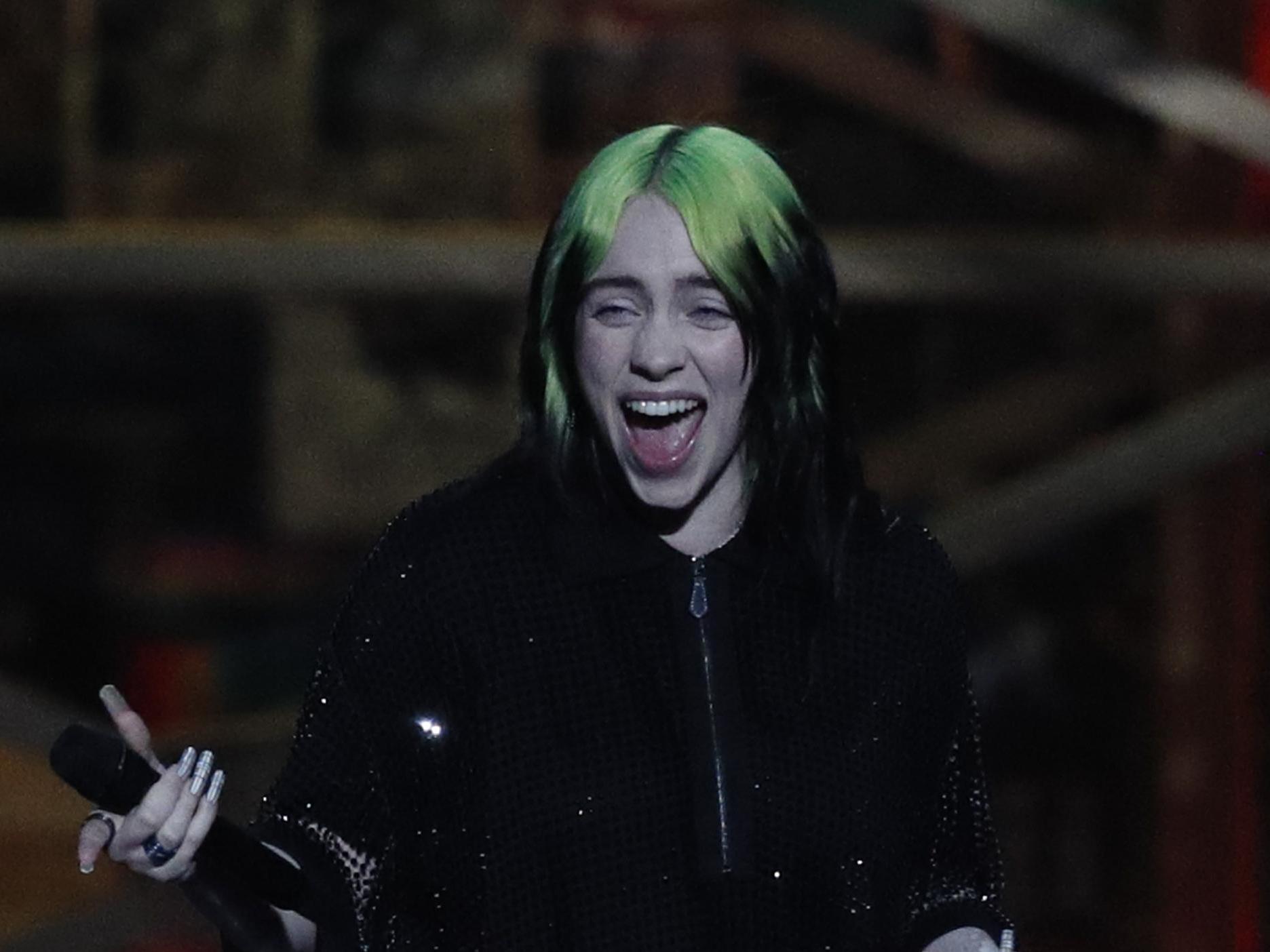 The 2020 Brit Awards took place on Tuesday at London’s 02 Arena and it is being hailed by viewers as the most memorable ceremony in years.

The annual event, which was celebrating its 40th anniversary, was presented by Jack Whitehall, who spent the evening fraternising with high-profile audience members, including Lizzo and Harry Styles. Whitehall just about pulled off his quips about Rod Stewart’s age and Lizzo’s flute-playing abilities without inducing too many cringes.

His brief tribute to former Love Island host Caroline Flack, who was found dead at her flat on Saturday, was a touching addition to an otherwise raucous event.

Below, we run through the four biggest talking points from the show, which also saw Mabel win Best Female Solo Artist 30 years to the day her mother Neneh Cherry won her very own trophies.

Politics was on the mind at this year’s ceremony. Dave – who won the coveted Album of the Year award for his record Psychodrama – added a verse to his song “Black”, which saw him call Boris Johnson a “real racist”. The Streatham-born rapper also criticised the British media’s treatment of Meghan Markle in comparison to how they treated Kate Middleton.

He rapped: “And if somebody hasn’t said it / Equality is a right, it doesn’t deserve credit / If you don’t wanna get it, then you’re never gonna get it / How the news treats Kate versus how they’re treating Megan.

“It is racist, whether or not it feels racist / The truth is our Prime Minister is a real racist.”

Dave also paid tribute to Jack Merritt, who died in the London Bridge terror attack in 2019.

Elsewhere, Tyler, the Creator gave a “special shout out” to Theresa May after winning Best International Male Solo Artist. May was responsible for banning the rapper from entering the UK because of his song lyric in 2015.

2. Lewis Capaldi and his speeches

The evening’s biggest winner may have veered away from politics when accepting his awards, but he still managed to make his mark. After winning Best New Artist at the start of the ceremony, Lewis Capaldi – beer in hand – made his way to the stage, muttered a few words before departing and leaving everyone a bit perplexed. It’s clear the singer was playing the long game, though – and, sure enough, he was back on the stage at the end of the night after winning the Song of the Year trophy for “Someone You Loved”. it was here that Capaldi set a record straight – namely about the inspiration of the track.

“[The song] is actually about my grandma,” he said, telling the crowd that she died two years ago. Referencing the fact that his ex-girlfriend, Paige Turley, is currently appearing on ITV2 show Love Island, he quipped: “I hope [they] don’t contact her to be on the show” before “thanking” his grandmother “for dying”.

It was not just the speeches that delivered at this year’s ceremony, but the performances. Mabel kicked things off with a stellar renditon of her hit song “Don’t Call Me Up” before a flurry of breathtaking performances, including Dave’s stirring rendition of “Black”, Harry Styles’s emotional “Falling” and a hugely entertaining medley from Lizzo. No ceremony would have been complete without an appearance from Stormzy; his medley of tracks, including “Do Better” and “Wiley Flow” brought smiles to faces. Then there was Billie Eilish, who performed Bond theme No Time to Die for the first time ever live accompanied by her brother Finneas, Johnny Marr and Hans Zimmer. It was as haunting as you’d expect.

Tthe 2020 Brits winners list is a diverse one, unlike its film award counterpart, the Baftas. While it should certainly be commended for this, it cannot be forgotten that this year’s nominations were dominated by men. This year’s nominations were criticsed for being dominated by men, with only one British female artist nominated out of 25 available slots in mixed-gender categories. Mabel and Eilish were the evening’s sole female winners.

Find a full list of the evening’s winners here.